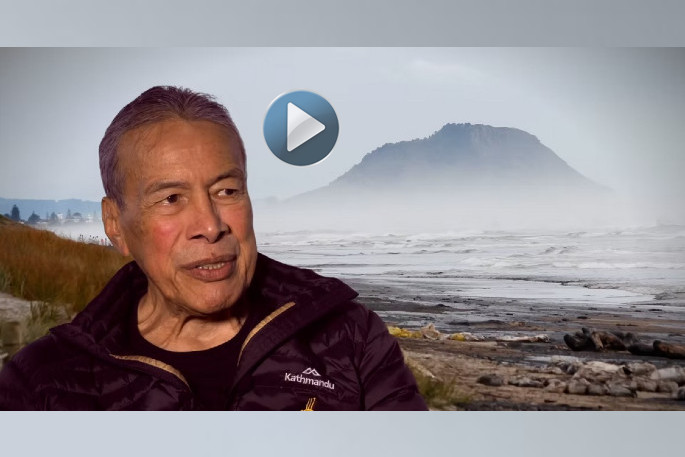 There is just one week remaining for local film makers to meet their crowdfundraising target to make a documentary on the community response to the Rena. Photo: Supplied.

The Iwi response is featured in the latest of five 'teaser' videos that form part of a community crowdfunding campaign to help raise funds to complete a documentary on the Rena disaster.

With only one week to go to meet the target of $25,000, local filmmakers are asking the Bay of Plenty community to get behind a crowdfunding campaign on Boosted to help make the film.

So far 58 donors on the Boosted campaign have together raised $7190 or 28 per cent of the funds required. The Boosted crowdfundraising platform requires that if the target isn't reached by the time the campaign ends, which is in six days time, all of the donations are returned by Boosted to the original donors.

Boosted, which is a similar crowdfunding platform to Givealittle, is run by the Arts Foundation, a charitable trust dedicated to the development and promotion of the arts including film. Donations are tax deductible, and the site allows for large match funders as well as donations from individuals. Match funders are able to match dollar for dollar up until their stated limit, and receive promotion as being supporters.

Both Holland Beckett Law and Bay Conservation have so far come on board the project as match funders.

Titled ‘The Rena, the reef, the residents’ the approximately 90 minute documentary will be capturing the memories and thoughts of some of the more than 8000 volunteers, local government, businesses, wildlife conservation groups and iwi.

Already, during the first few weeks of the campaign four other two-minute teasers have been released to help with promotion of the crowd fundraiser, focusing on the wreck, the community response, the Government response and the wildlife response. These can be viewed here:

“The heart of this documentary will be the recollections of these characters and also the leaders of the community at the time, the effects it had on them, both then and ongoing until the present day," says producer Rosalie Liddle Crawford.

Executive producers and Sun Media directors Claire and Brian Rogers have joined forces with Rosalie and Anton Steel to make the documentary. Sun Media publishes online news website Sunlive and The Weekend Sun. SunLive was the first media to break the news to the world of the Rena coming aground on Astrolabe Reef.

“It was a reasonably calm day and we got there pretty quick,” says Brian. “The scene that unfolded when we arrived was indescribable, and we could tell straight away that this was going to be a major environmental problem.”

In the days and weeks that followed, Brian and his news team covered everything, from containers and oil coming ashore, to the clean-ups and community response. 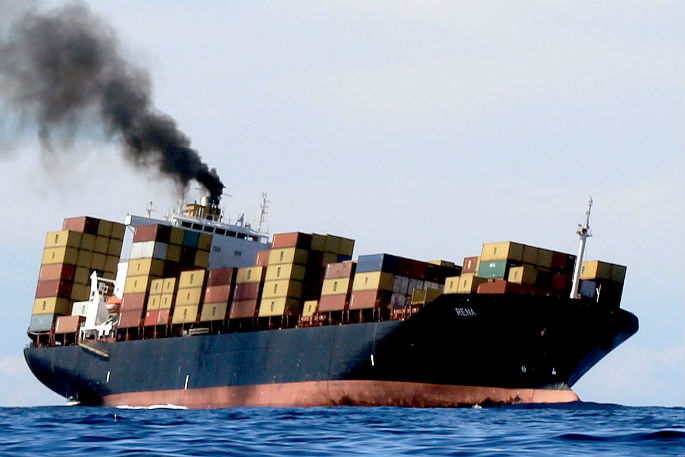 Anton Steel has worked as a producer, director and assistant director on more than 30 large scale drama projects.

“It has given me the invaluable opportunity to study the craft of directing from people like Taika Waititi, Garth Davis, Andrew Adamson, and Oscar nominee Morten Tylden,” says Anton. “My debut feature film as writer/director was The Z-Nail Gang, which was released nationwide in cinemas in New Zealand and has an IMDB rating of 7.8.”

Z-Nail Gang, made with 400 Te Puke volunteers won them the Supreme Winner at the 2014 Trustpower Western Bay of Plenty Community Awards with then Western Bay mayor Ross Paterson saying that it “perfected the art of rallying a community to get in behind a project that everyone felt a sense of ownership in”.

Anton has been working as the CEO of the Film Bay of Plenty regional film office for the last five years. He has more recently directed the pilot of ‘Chloe and the … ‘ written by screenwriter Alyssa Stringfellow. The pilot, which is based in Mount Maunganui was selected for NZWebfest and is in the finalist selection of the US-based Catalyst Story Institute Storieroad International program.

Anton has also directed the showreel for Film Bay of Plenty which was released in November 2021. 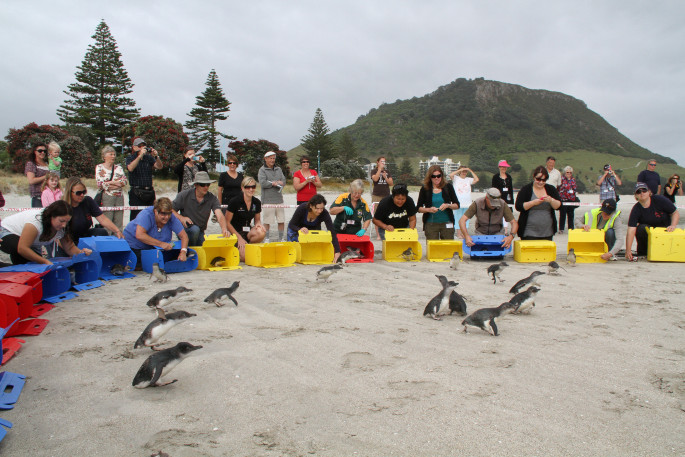 The release of penguins at Mount Maunganui, following being rescued from the oil. Photo: Ass.Prof. Kerri Morgan.

Rosalie has worked as a journalist at Sun Media for the last five years writing community stories for The Weekend Sun and SunLive, as well as being involved with supporting the growth of Film Bay of Plenty. Prior to that she worked across the BOP and Lakes DHB regions developing a database of health and social services, and helped coordinate the volunteer Rise Up Tauranga community response in 2011 with Cantabrians relocating to the Bay of Plenty following the February 2011 earthquake. The local community response was acknowledged with a Trustpower Community Award in 2011.

“We’d like the community to have an opportunity to again be involved in a project that is about them,” says Rosalie. “Everyone who comes on board to help us make this documentary can have their name in the film credits.”

To complete the film, a crowdfunding campaign on Boosted.org.nz has been running over the past five weeks with one week to go to try and reach the $25,000 target.

....I would say amongst many for me to say that the Rena incident was not, and never eventuated into being...a disaster. No loss of human life and dramatic over exaggerations of wildlife loss yet now flourishing sealife around the reef...it was a localised incident that should never have happened due to incompetency, but not a disaster... I do hope the film if made, is with total accuracy and without unnecessary drama. Those who were involved with the clean up were indeed amazing and indeed should, if not already be recognised, respected and thanked for their work and community service. We have many disasters in recent times both in New Zealand and worldwide, we all know what they are and were....there will doubtless be more. Rena was not one.