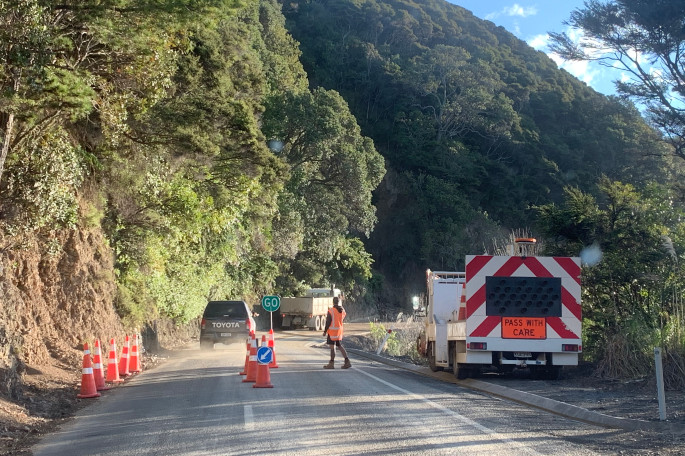 Slips on State Highway 35 have closed the road between Te Kaha and Waihau Bay this week. Photo: Rosalie Liddle Crawford

State Highway 35 between Te Kaha and Waihau Bay is now open to light vehicles but closed to heavy vehicles.

Due to a number of slips between Te Kaha and Waihau Bay, SH35 was closed on Wednesday.

Some community travel has been possible over the last three days however the road has been impassable at three slip areas along SH35. These have been at one slip 2km west of Papatea, one slip 1.5km east of Papatea and a significant slip 1km west of the Waikawa Bridge (North of Te Kaha).

SH35 is now open to light vehicles only. Expect delays and drive with care.