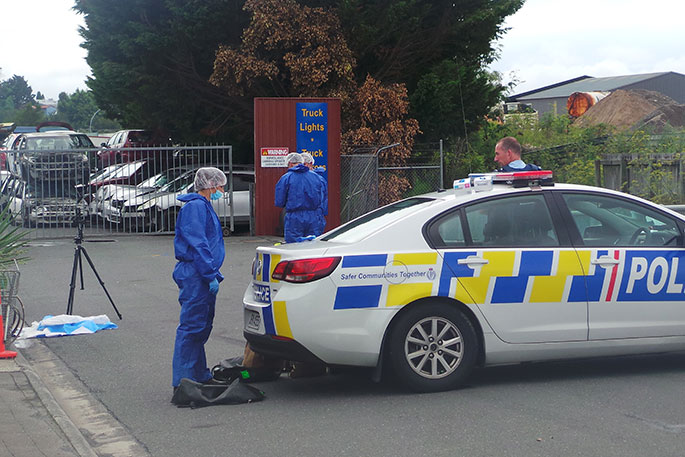 Police at the scene of the murder in 2018. File Photo

Bay of Plenty Police have on Friday arrested a man in relation to a homicide in Tauranga in 2018.

On February 11 2018 David Kuka was fatally shot at an address in Wilrose Place Tauranga and a homicide investigation was launched.

This was the second homicide at the same address within a month, says Detective Inspector Lew Warner.

“A 34-year-old Raetihi man has been charged with this murder and will appear in the Tauranga District Court Saturday December 18 2021.

“Police will not rule out further arrests.

“Police would like to acknowledge the victim’s extended family.  As this matter is now before the courts, Police will not be commenting further.”