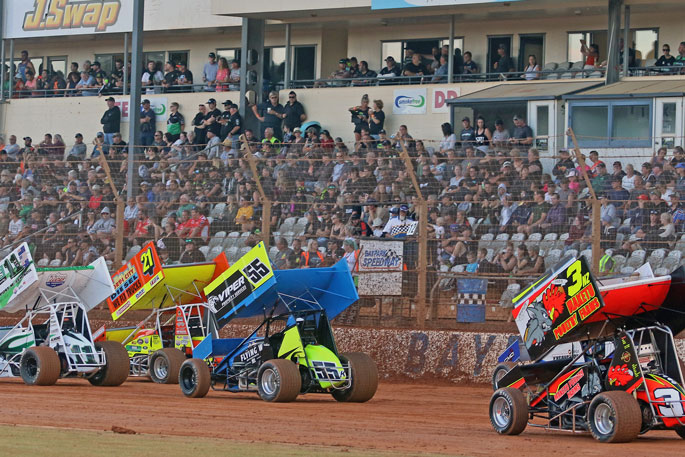 A big field of Sprint Cars is expected for the opening night of Baypark Speedway’s 2021-22 season on Saturday night. Supplied photo.

An orange Covid traffic light allows a keenly awaited green flag for the 2021-22 racing season at Baypark Speedway this weekend.

After a US racing campaign in 2021, national midget car champion Hayden Williams returns to his home track where he secured the majority of honours last season.

However, the competition will be tough for Williams who will be up against Auckland rivals Michael Pickens, Brad Mosen, Ryan Baker and Max Guildford and his BSL racing team-mate Hayden Guptill.

The bumper fields entered for the opening night has prompted Baypark Speedway officials to reschedule the initially planned fireworks celebrations till later in the season.

“With such strong fields entering for the first meeting, we have decided to let the racing take priority. The fireworks will happen later in the season,” says Baypark Speedway operations manager Melissa Webb