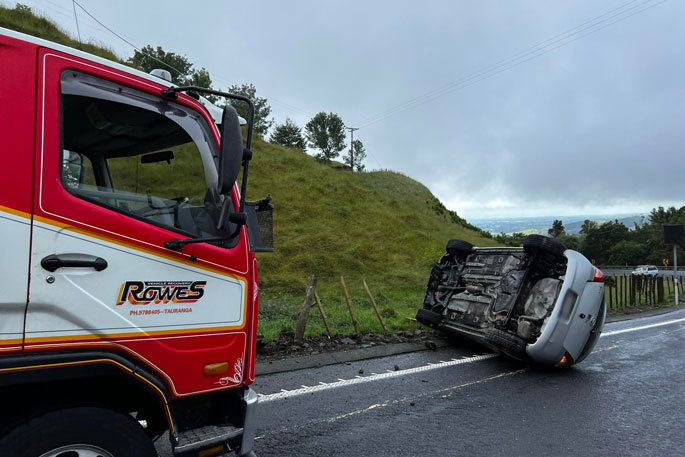 A car has rolled on SH29, near the Kaimai Ranges. Photos: Mike Cork.

Update 9:53am: A car that has rolled on State Highway 29 near the Kaimai ranges is being moved onto a tow truck, a witness at the scene says.

The caller to SunLive says the traffic, which has heavily built up in the area, should begin to start flowing soon as the vehicle is moved off site.

Earlier: A car has rolled on Sate Highway 29, near the Kaimai Ranges.

According to Google's Live traffic reporting, there are delays on both sides of SH29, on the Matamata side of the summit.

A SunLive reader has sent images of a vehicle that has rolled on the westbound lane of the highway. 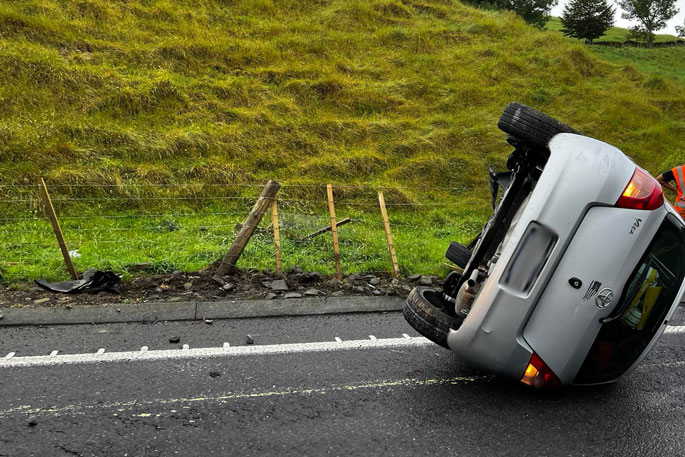 "The driver is out of the vehicle and walking around," reports another reader.

A police spokesperson says a vehicle is reported to have overturned at around 9:15am on SH29.

"Vehicle is reported to be slightly blocking westbound lane. 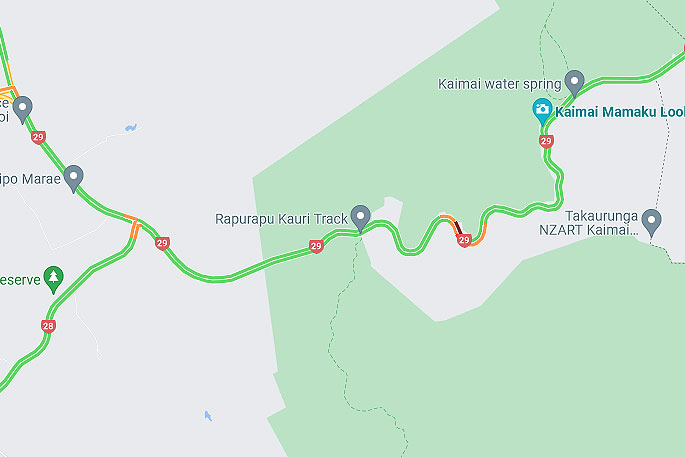