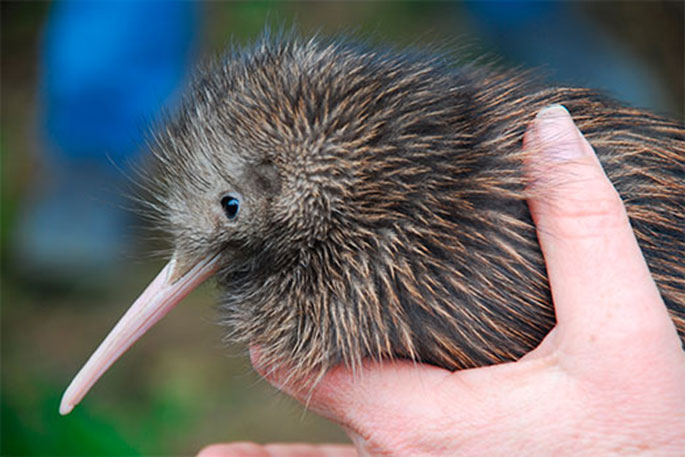 Coromandel’s backyard pest trappers are being urged to keep leg-hold traps off the ground after several unfortunate incidents involving the growing population of kiwi in the district.

Although one kiwi was rescued from the trap and released back into the forest, a second bird was killed by dogs and a third also died before it could be rescued.

Amy Blair says kiwi are becoming more widespread and beginning to populate areas closer to farms, houses and roads across the Coromandel

“We love the support of our community in trying to control pests which prey on our native birds, so we’re urging people on both private and public land to ensure they are trapping safely.

“Keen backyard trappers may not be aware of the risk of capturing non-target species, especially if leg-hold traps are set on the ground.

“A kiwi can easily be caught by the leg or beak in a leg-hold trap, often causing injuries the bird cannot recover from,” says Amy Blair.

Creating kiwi-proof infrastructure for a leg-hold trap is simple, with the use of a wooden board about 1m long.

One end of the board is secured to a tree or post at least 70 cm above the ground, creating a platform for the possum or cat to walk up. Kiwi are ground-based birds and will not clamber up a ramp.

Amy Blair says the welfare of the target animal should be taken into consideration.

“All animals deserve to be treated humanely and not left to suffer for an extended period of time. Traps must be checked daily, and any captured animal dispatched quickly.”

If it’s not practical to set raised leg-hold traps, opt for live-capture cage traps to control pests. The risk of injury to non-target species is greatly decreased. Like any live-capture trap, cage traps must also be checked daily.

For more information on how to set kiwi-safe traps, contact your local DOC office.

Meanwhile, Save the Kiwi has emphasised the need for holiday-makers to be cautious and keep their dogs under control when they venture to the Coromandel over the summer.

Coromandel has its own recognised species – the Coromandel brown kiwi. Predation by introduced pests and dogs is the greatest threat to kiwi.

For more information, visit the Save the Kiwi website.