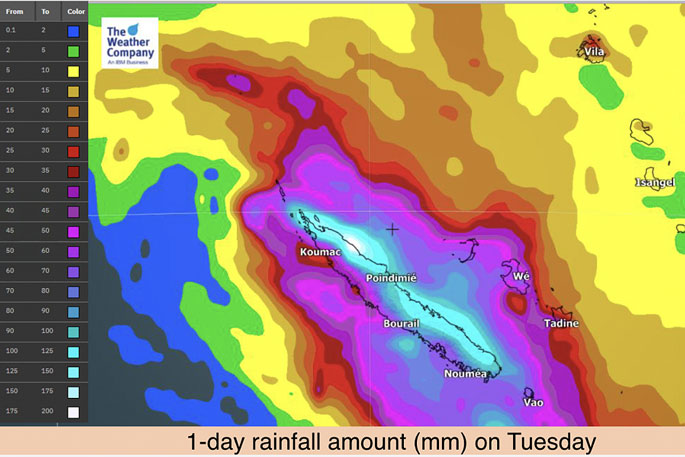 Damaging winds and torrential rain will be impacting the western side of New Caledonia in the next couple of hours as the sun comes up this morning over the south west Pacific Ocean.

The tropical storm - expected to become 'severe' Category 3 today - is going to directly impact New Caledonia across Tuesday with a potential direct hit to the Loyalty Islands, says WeatherWatch.co.nz.

"As of 7am NZDT (5am in New Caledonia) the cyclone was already slamming into the western side of the French Territory.

"New Caledonia may get over 200mm today as the storm tracks through with damaging winds."

As the main focus remains on New Caledonia today with Cyclone Ruby, a second focus is now becoming clearer on New Zealand as tropical-like downpours continue to build across parts of the North Island and soon the upper South Island, says a spokesperson for the weather organisation.

"The forecast for the next 48 hours - well ahead of the remnants of the cyclone tracking by to our east - sees a mixture of dry spells, drizzle patches and big downpours.

"These downpours have already lead to localised flooding in Manawatu overnight and more of these downpours can be expected today across the North Island and into the upper half of the South Island as they become more widespread.

"Low pressure zones in the Tasman Sea are siphoning some of the energy out of TC Ruby, bringing slow moving heavy tropical-fuelled rain to parts of New Zealand in the coming days, but especially the next 36 hours.

"Flooding potential is there in both islands, including the north eastern side of the South Island as far south as Banks Peninsula and as far west as Tasman. Rain may be heavy enough to cause slips and flooding.

"Christchurch city may also be exposed to some flooding risks too. (Check your local WeatherWatch.co.nz or RuralWeather.co.nz for hyper-local rainfall forecasts)."

It looks as though most exposed to the flooding risks and heaviest rain - also some of the strongest winds - will be Bay of Plenty and East Cape, says the weather organisation.

However, both main islands have rain and wind risks: 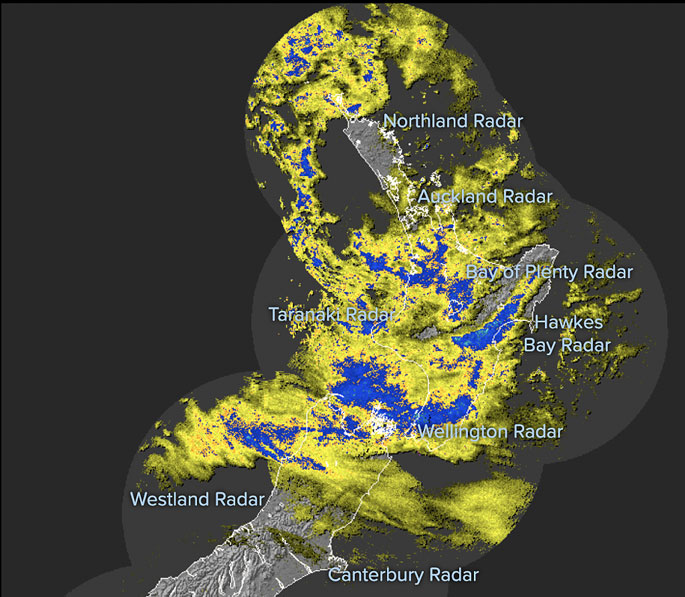 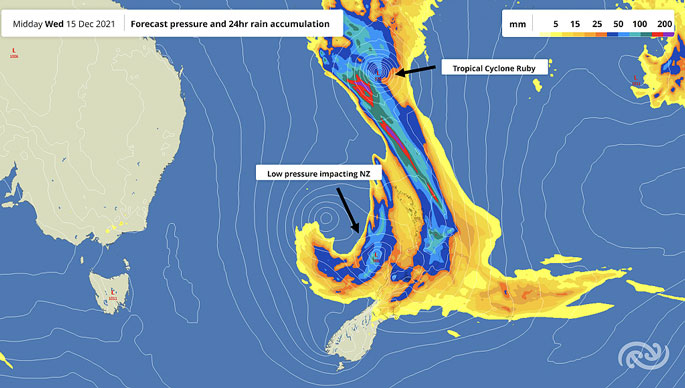 This MetService graphic shows the lows in the Tasman Sea bringing the tropical fuelled heavy rain and how it's connected to Cyclone Ruby near New Caledonia - despite the cyclone being a long way from NZ at this time.

Low pressure zones in the #TasmanSea are siphoning some of the energy from #CycloneRuby. This increases the chances of heavy, tropical, downpours over parts of #NewZealand over the next few days with #Flooding risks. We'll have more details this morning.https://t.co/gb7E1qcpZ3. pic.twitter.com/iZRrsek7cX 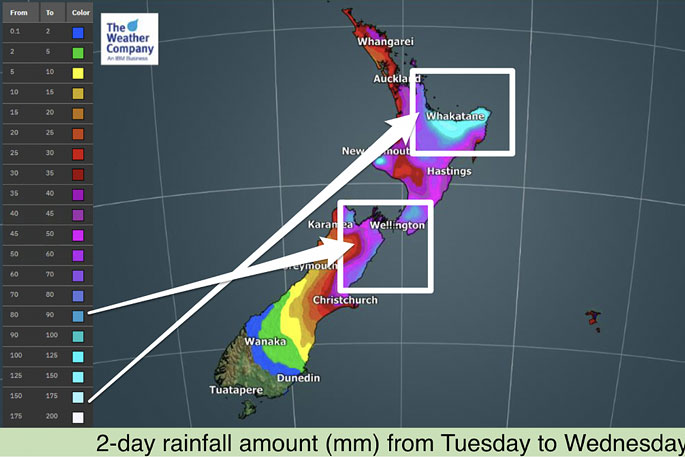 Areas highlighted look to have the highest chances of flooding at this stage. However localised floods (on a smaller scale) are possible in other parts of the North Island. Data via IBM/WeatherWatch.co.nz. 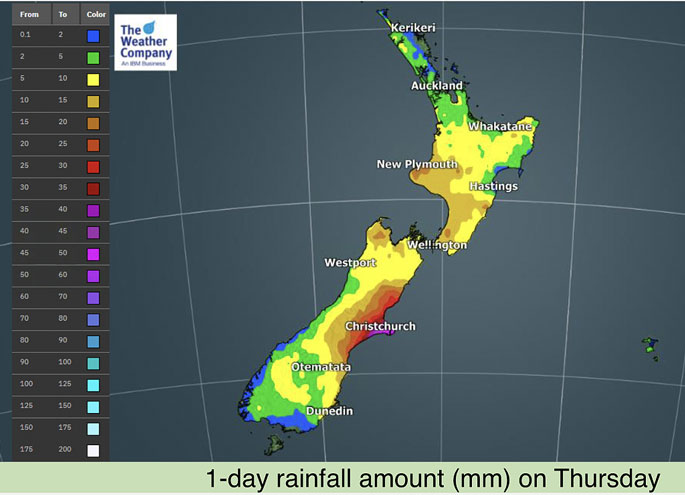 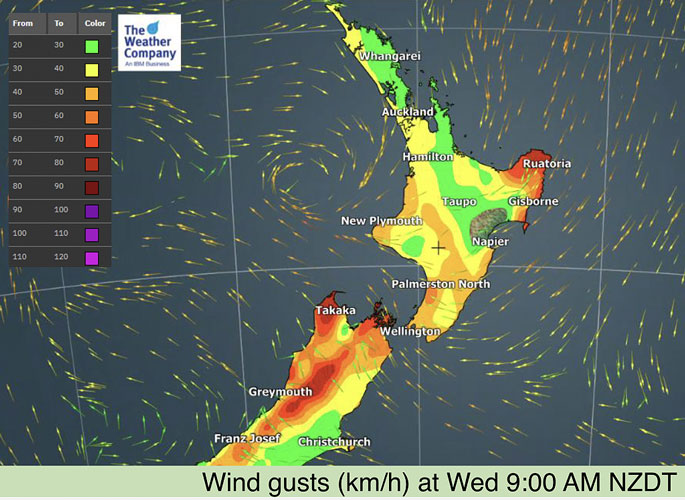 The lows in the Tasman Sea make it a complicated set up - some people have calm conditions, others more exposed to gales or strong gusts. 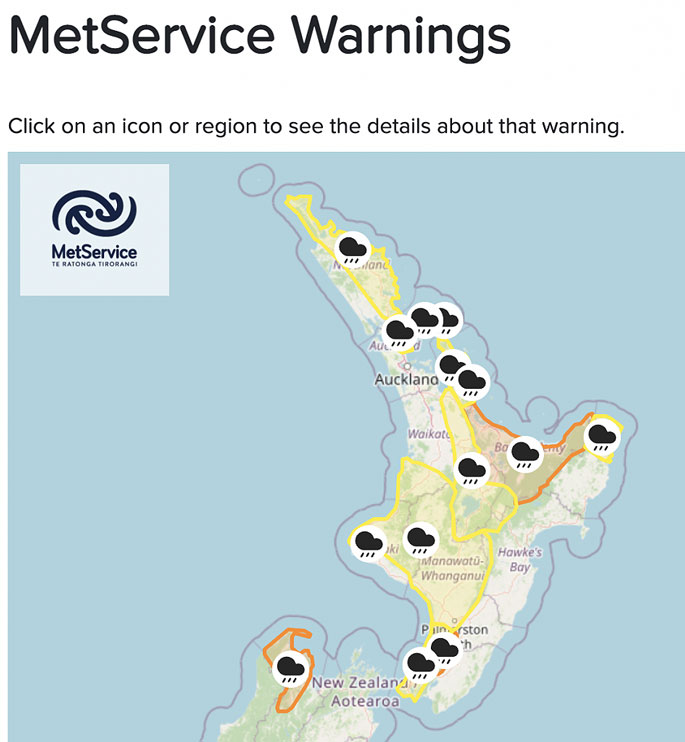 Stay up to date with the latest MetService tax funded weather warnings now LIVE via WeatherWatch.co.nz 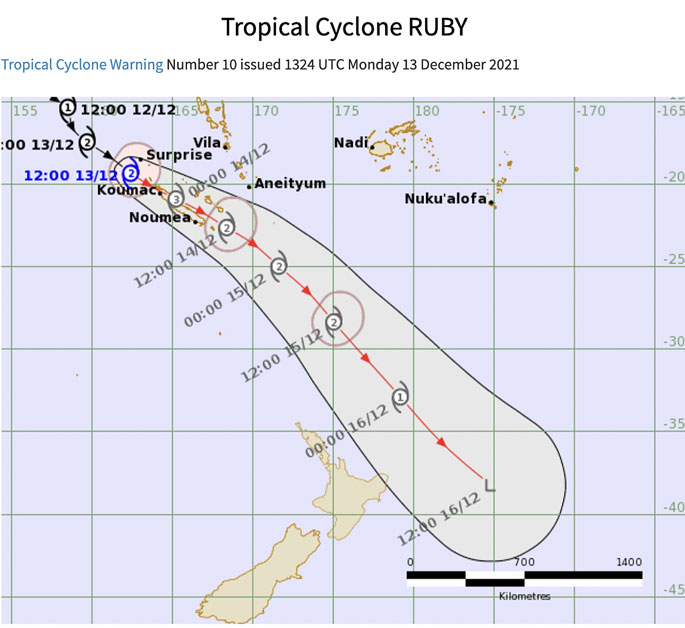 Fiji MetService tracking as of 7am. 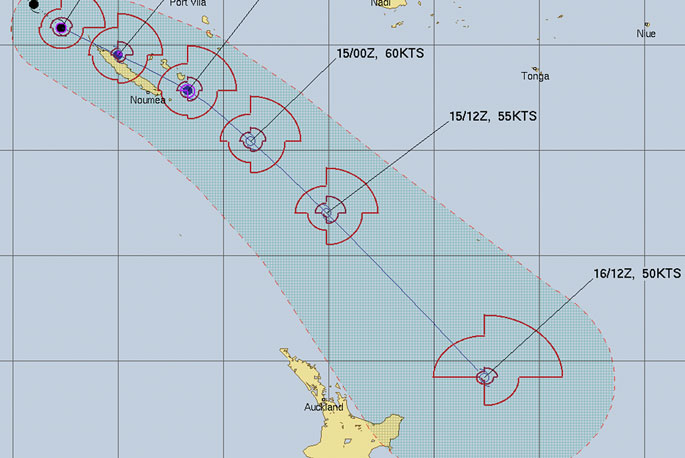 JTWC tracking as of 7am. Remember, despite the cyclone remaining offshore, NZ already is receiving tropical rain connected up to it.