Covid-19: Some red regions eager to move to orange 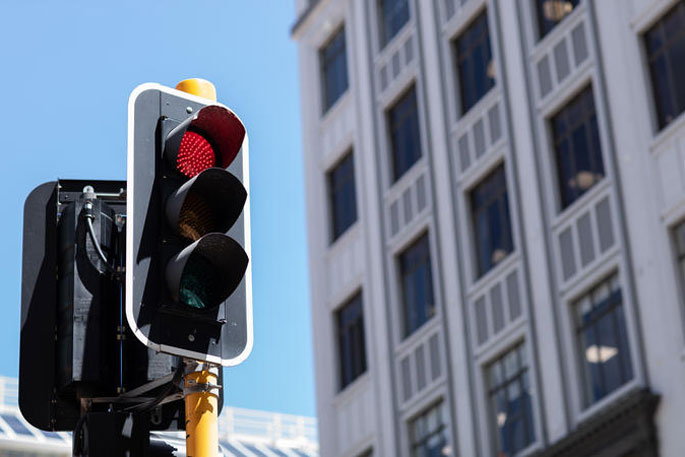 Some central North Island regions under the red traffic light are waiting with fingers crossed for a shift to orange today.

Cabinet will meet to review the country's settings, which currently have Auckland and Northland in red along with Taupō, Rotorua Lakes, Kawerau, Whakatāne, Ōpōtiki, Gisborne, Wairoa, Rangitīkei, Whanganui and Ruapehu districts.

In Whanganui where 83 per cent of the eligible population is fully-vaccinated, and 90 per cent have at least one dose, Mayor Hamish McDouall says people are really ready to move to orange and "it must be pretty close".

He says there hasn't been a sense of community togetherness under red.

"It's been really noticeable. Particularly because it's the end of the year and we've had prizegivings, end-of-year concerts and even carols by candlelight has been cancelled," he says.

In Taupō, today's decision will determine the fate of several concerts and events.

Lakes District Health Board has 14 active cases of Covid-19 and 84 per cent of the eligible population is fully vaccinated.

Taupō mayor David Trewavas says people in his town are "very, very keen" for a shift to orange.

"The event organisers are just tentatively hanging on for [the] announcement. We'd dearly love to be in orange and I think we deserve it. Then we can go ahead with the races, and the Greenstone concerts, and all those activities that Taupō is world famous for," he says.

In Rotorua, which is also part of Lakes District Health Board, Mayor Steve Chadwick says there has been a noticeable increase in vaccination uptake as a result of the red setting.

However, she says there's no knowing whether it will be enough for Cabinet to ease restrictions today.

Chadwick says Rotorua is open for business under red, but tourism and hospitality operators want to be busier.

"Moving up - we really don't want to wait until mid January. We need that summer surge," she says.

The sentiment in Tairāwhiti, where 81 per cent of eligible residents are double-dosed, is not quite the same.

Mayor Rehette Stoltz says locals are not expecting a shift to the orange traffic light setting today, and they are prepared to hold on a bit longer.

The vast majority had adapted well to red since it came into effect earlier this month, and recent positive wastewater results had been a wake-up call for people to get a jab, she says.

The main priority is to keep the population safe until vaccination rates pick up.

"My expectation is that most probably we'll stay in the red for the next month and then they'll review it in January," she says.

"Hopefully by then we have our 90 per cent and we are ready to go orange."

Northland is also at 81 per cent double-dosed, and Whangārei Mayor Sheryl Mai has a similar outlook for her district.

"I think its unrealistic to expect to be moving down a level at this stage. Vaccination rates are still low," she says.

"Whangārei itself is getting better. We're inching our way closer to the 90 percent for first doses ... but for the whole region we're lagging behind. We definitely need people to get their vaccinations."

Jeroen Jongejans, who runs Dive Tutakaka, says it has been the worst month on date for Northland operators ahead of the decision on traffic light settings today, and the Auckland border easing on Wednesday.

Jongejans says any chance to move - even partly - to orange will be valued by the tourism industry.

Many Northland tourism businesses rely on the next six to eight weeks to earn most of their money for the year, he said.

"The areas that have a low level of vaccinations are slightly more isolated from the main tourism areas. So even if we had sort of regional differences - that would be helpful."