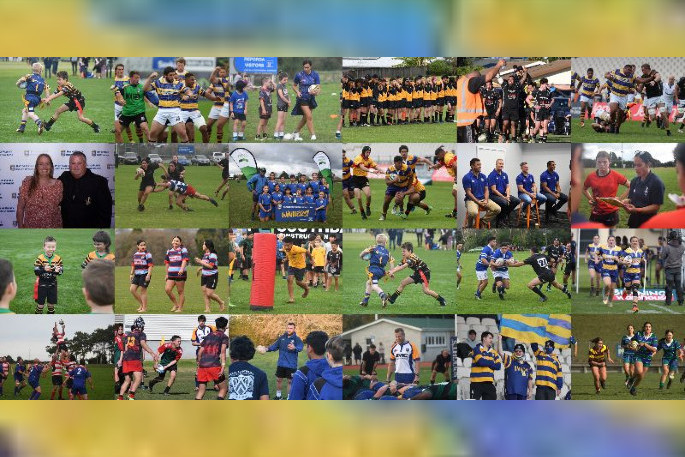 It has been a year of many challenges, but we have reached the finish line in one piece, says a spokesperson for Bay of Plenty Rugby.

Bay of Plenty remains the third largest union in the country with improvements across the board in 2021.

“We also had 6,840 juniors participating in our game, a fantastic achievement and evidence that rugby is as strong as ever in our region.

“Despite the unfortunate complications of Covid-19 during the second half of this year, we were able to band together and make the most of a difficult situation. We were able to push forward in the club rugby scene and conclude the season on a high with all but 2 finals being played. The Steamers and Volcanix were able to complete their seasons with tireless work going on behind the scenes to ensure our teams could play the game in safe environments.”

“What is especially promising is the growing interest and participation in this space amongst our youth and our women. Testimony to this was Rotoiti Head Coach Victoria Grant becoming the first woman to coach a men's premier rugby team this year, and Bay of Plenty Referee Tiana Ngawati's meteoric rise in the refereeing space.”

The union had many other memorable moments this year.

“The Mount Maunganui women's premier side winning their first premiership with a last-minute kick, Kendra Reynolds being named for her Black Ferns debut which was a childhood dream achieved, Justin Sangster bursting onto the scene for the Steamers which earned him a roster spot in the Hurricanes for 2022, and Trident High School's Bay-wide dominance winning the U14, U16 and 1st XV titles culminating in Trident High winning the Secondary Schools Rugby programme of the year award.”

Bay of Plenty Rugby says that 2022 is promising to be one of the union’s best yet with many exciting projects and initiatives on the horizon.

“Bayland Recruitment is a venture that will look to provide working opportunities for our rugby community while the Toi Ohomai Cert 4 Rugby Programme enters its second year offering a Level 2 certificate in sport and exercise and high-performance rugby training for our rugby youth,” says a Bay of Plenty Rugby spokesperson.

“Lucas Cashmore and Lalomilo Lalomilo have also been signed on replacement player contracts for the Crusaders and Chiefs respectively.”

There is also the excitement of the Women's Rugby World Cup coming to NZ shores in 2022 with live games, team training facilities and much more happening right here in our backyard as the Black Ferns prepare to make it back-to-back World Cup victories.

“A massive thank you goes out to all our partners, staff, volunteers, and players for everything you have done to help us get through the year. We couldn't have done it without your support. Bring on 2022!”