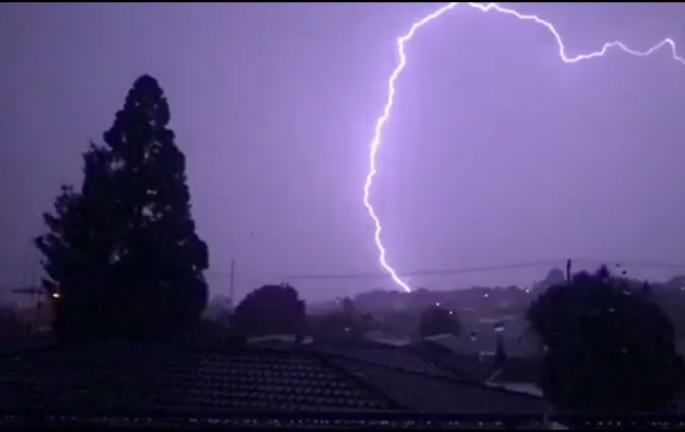 A very warm and moist air mass covers the northern parts of the North Island today.

“There is a moderate risk of thunderstorms for Waikato, far western Bay of Plenty including Tauranga, Auckland, Coromandel Peninsula and Northland from late morning onwards,” says MetService’s Mark Todd.

“These thunderstorms are expected to be slow moving, and consequently there is a moderate risk of severe thunderstorms producing localised downpours of 25-40mm per hour, or possibly even torrential rain of greater than 40mm per hour.”

Rainfall of this intensity can cause surface and/or flash flooding, especially about low-lying areas such as streams, rivers or narrow valleys, and may also lead to slips.

Driving conditions will also be hazardous with surface flooding and poor visibility in very heavy rain.

For information on preparing for and keeping safe during a storm, see the Civil Defence Get Ready website.

This watch will be updated by 1pm Sunday December 12.

Yeah, me too... It means I have to disconnect computers and stop working, but that can be a good thing... sometimes I forget about time and a thunderstorm brings me back to reality... :-)

I love a great thunderstorm. So spectacular.