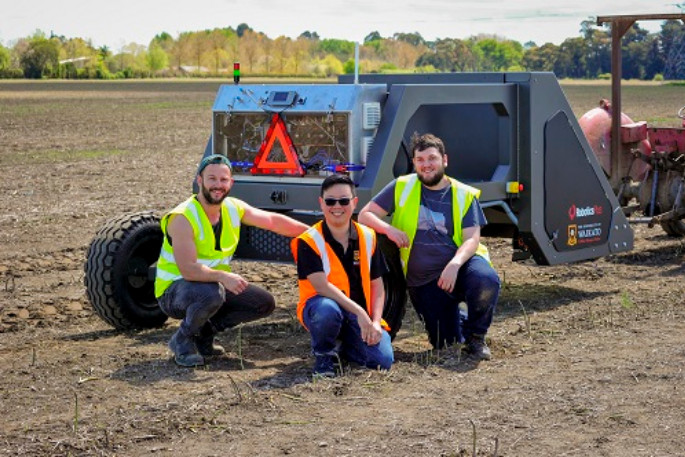 With robotics and automation set to replace 46 per cent of day jobs by 2040, a new national strategy has been launched to grow the New Zealand sector that currently employs around 3200 people and generates $1 billion in annual revenue.

The New Zealand Robotics, Automation and Sensing – NZRAS - network has released a roadmap for the industry, funded by Kiwinet,NZRAS researchers and Callaghan Innovation, that says a common vision for the sector is vital for New Zealand to prosper.

NZRAS Chair, and University of Waikato researcher, Dr Shen Hin Lim, says the roadmap is the first time New Zealand has had a full overview of the RAS sector, including all public and private businesses and institutions involved, and the specialty areas they are working in.

The roadmap identified more than 84 developers, 43 integrators, and 870 researchers, with over 350 estimated end users. It shows New Zealand currently employs 3200 people in the sector that generates $1 billion in annual revenue.

Dr Lim says the roadmap is a launchpad for better collaboration across the sector.

“There is a lot of work happening in the sector in New Zealand but currently it is quite scattered and not very well connected. We want to improve that to ensure we make the most out of both research and development and investment.”

He says the roadmap shows New Zealand is forging a reputation in robotics and automation for horticulture, forestry, agriculture, aquaculture, and healthcare, each sector having more than 10 actively growing companies.

He also says a good example of collaborative projects between industry, user and academic institutions is an asparagus harvester that has seen successful prototype field trials and is currently in commercialisation phase by Robotics Plus, New Zealand Asparagus Council (NZAC) and the University.

The roadmap says because of automation, the number of all types of industrial and service robots used is expected to at least double by 2025, with up to 46 per cent of current day jobs expected to be at risk of replacement by 2040.

“The formation of a common vision is vital for New Zealand to prosper from these developments,” says Dr Lim.

The roadmap makes a series of recommendations from creating clusters for research and development to encouraging collaboration for better use of research investment, to improving guidance and support for RAS companies, including increasing their visibility to help facilitate venture capital investment.

It also recognised the industry is desperate for more qualified employees, many companies having to look overseas for staff.

“It is interesting to see from the roadmap findings that the number of RAS-qualified people is outpacing other engineering disciplines, 300 per cent over the past decade but industry demand for qualified people is still higher than availability,” says Dr Lim.