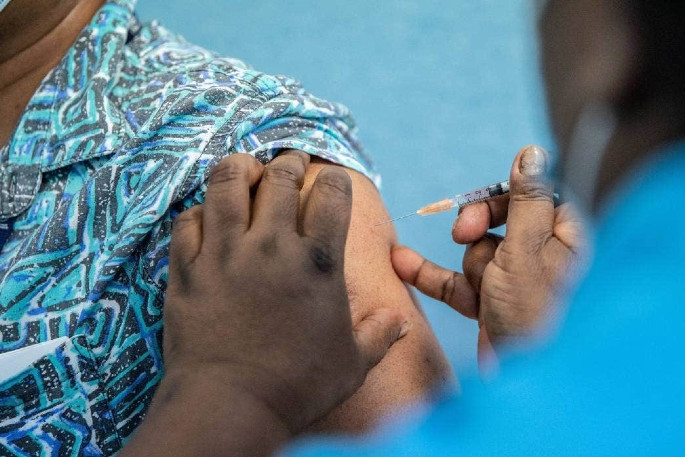 There were 21,013 total vaccine doses administered yesterday. To date, 94 per cent of eligible people in New Zealand have had their first dose and 89 per cent are fully vaccinated.

The Ministry of Health is reporting 63 new community cases of Covid-19 today. There are 60 people in hospital, and three people in ICU.

There is one new case in Tauranga which remains under investigation for any link to previously reported cases. Contacts are being identified and will be contacted for testing and isolation advice.

Of the 63 new community cases, two are in Northland, 53 in Auckland, three in Waikato, one in Bay of Plenty, one in Taranaki which was announced yesterday, two in Canterbury and one Southern which is historical.

There are two new cases identified at the border.

There were 21,013 total vaccine doses administered yesterday, including 2,859 first doses and 9,250 second doses. To date, 94 per cent of eligible people in New Zealand have had their first dose and 89 per cent are fully vaccinated.

“While we have seen a drop in case numbers today, we continue to ask everyone in New Zealand to remain vigilant,” says a Ministry of Health spokesperson.

Anyone with any symptoms that could be COVID-19 is asked to get a test, even if they are vaccinated.

“Be sure to wear a mask or face covering when you’re out and about and keep track of where you have been using the NZ COVID Tracer App, or a manual diary.”

Getting vaccinated is the best way for New Zealanders to protect themselves, their loved ones, whānau and communities from COVID-19.

“If you haven’t been vaccinated yet, get your first dose today.”

“The case we are reporting in Taranaki as announced yesterday and is included in today’s official tally,” says a Ministry of Health spokesperson.

A case previously under investigation in the southern region that has been re-classified as historical. This case was announced yesterday and is reported in today’s numbers.

In addition, an Auckland border worker has tested positive for COVID-19 as part of routine surveillance testing. This case remains under investigation and is yet to be classified as either a community or border case. The case has not been included in today’s community case tally but has been added to the tally of total cases to date.

One of the two border cases being reported today tested positive at Day 14 after being identified as a close contact of a previously reported border case in their bubble.

Regional updates
“We are continuing to ask anyone in New Zealand with symptoms – no matter how mild – to get tested, even if you’re vaccinated. Please remain isolated until you return a negative test result.”

There are two cases to report in Paihia, Northland today.

Health officials are investigating recent travel to Auckland as the likely source of their infections.

Anyone in Northland with any symptoms that could be COVID-19 is asked to get a test.

Testing is available in Kerikeri this weekend at 1 Sammaree Place, on today from 9am – 3pm and tomorrow from 10am – 2pm.

A full list of testing and vaccination sites open in Northland can be found on the Northland DHB website.

Today, there are 53 new cases being reported in Auckland.

Health and welfare providers are now supporting 2,809 people to isolate at home, including 677 cases.

Auckland Regional Public Health Service and Auckland DHB staff are supporting the residents and staff at the privately-owned facility.

Testing is being undertaken with residents and staff as part of the outbreak management plan.

There are three linked cases to report in Waikato today.

Cases continue to be detected in Te Kūiti and we urge everyone living in or around the town to remain vigilant. Anyone with any symptoms that could be COVID-19 is asked to get a test.

There are six pop-up and dedicated testing sites operating across Waikato today in Hamilton, Taumarunui, Huntly, Te Kūiti, and Ōtorohanga. For a full list of testing sites, see the Waikato DHB website.

Canterbury update
There are two linked cases to report in Christchurch today.

Christchurch testing locations and opening hours are available on the Healthpoint website.

And really impressive numbers for vaccinations. Let’s hope it makes a difference in killing off the virus.