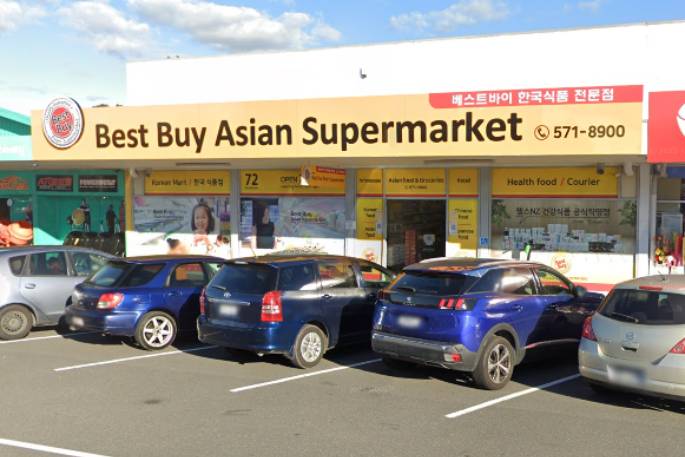 UPDATE: The BestBuy Asian Supermarket at 72 Second Ave has been highlighted as a high-risk location of interest by the Ministry of Health.

Anyone who was at the location on Sunday, December 5 from 3.15pm to 5pm is asked to self-isolate test immediately and on day five after you were exposed at this location of interest.

Further isolation and testing requirements will be provided by Public Health.

Record your visit online or call Healthline so our contact tracers can get in touch.

The Countdown at Fraser Cove has also been added to the locations of interest today.

Anyone at the location on Tuesday, December 7 from 12pm to 1.45pm should self-monitor for Covid-19 symptoms for 10 days after you were exposed.

If symptoms develop, get a test and stay at home until you get a negative test result.

The latest locations of interest follow 12 previous ones earlier today, including eight at Bayfair in Mount Maunganui.

EARLIER: The Ministry of Health has added 12 new locations of interest, the majority of which centre around the Bayfair shopping centre in Mount Maunganui.

A pharmacy, bank and a supermarket are all present on the list, with locations in Bethlehem and Otumoetai also added.

Anyone at these locations of interest should self-monitor for Covid-19 symptoms for 10 days after you were exposed.

“If symptoms develop, get a test and stay at home until you get a negative test result,” says a MOH spokesperson.

The same advice applies for anyone at Countdown Bureta Park on Thursday, 2 December from 11.53am to 1.38pm, Countdown Tauranga on Thursday, December 2 from 8.17pm-9.40pm, Palmers Bethlehem on Sunday, December 5 from 4pm to 6pm and the Carnie Garden Centre and Waterworld on Te Karaka Drive on Monday, December 6 from 3.15pm to 5.30pm.

The locations come on the same day that five further cases of Covid-19 were announced in the Bay of Plenty region; four in Tauranga and one in the Western Bay.

A full list of locations of interest can be seen here.

if your sick stay home. if you or your kid is sneezing/coughing in public, you deserve all the dirty looks you get.