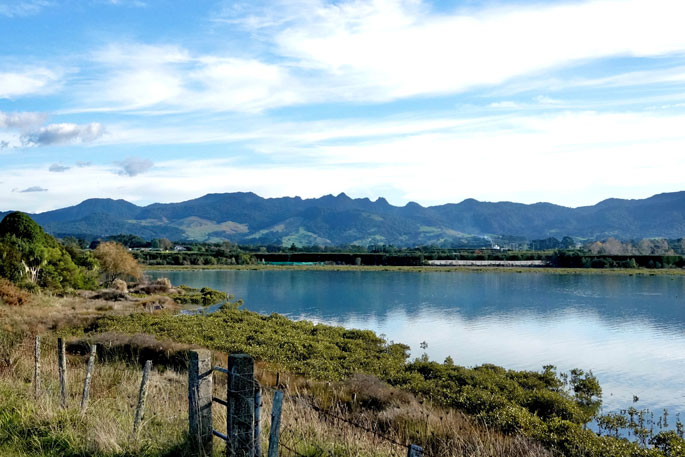 Creating wildlife corridors from the hills to the harbour is among the aims of the ecological restoration organisation Project Parore.

Katikati based Project Parore is now able to put people, as well as ideas, to work for the benefit of its ecological restoration projects in the catchments of the Northern Tauranga Harbour.

The project will receive $5 million of funding over five years.

This includes a recent $1,748,000 grant from the Ministry for the Environment’s Jobs for Nature fund, which together with funds from other providers means Project Parore can now employ four fulltime staff.

“We will employ a project manager, a team leader and two restoration crew members. Until now we have relied solely on wonderful teams of volunteers and landowners to do much of our work,” says Lawrie Donald of Project Parore.

“We are extremely grateful for the funding we have received, which makes it possible to implement our environmental programmes,” says Lawrie, who has been instrumental in preparing the organisation’s successful funding applications.

Project Parore’s mission stretches across eight adjoining catchments: Aongatete, Waitekohe, Te Mania, Te Rereatukahia, Uretara, Tahawai, Tuapiro and Waiau, all of which flow from the Kaimai range into the northern tidal zone of the Tauranga Harbour.

David Peters, the newly elected chair of Project Parore’s governance board, says because of health and safety requirements, the work of community volunteers is often restricted to planting trees.

“We are incredibly grateful to our volunteers and landowners and absolutely want them to remain involved.

“Once we employ staff trained to operate powered equipment and use chemicals, working five days a week on all terrain, we can more quickly make a difference at scale and help our vision come to life.”

That vision includes not only enhancing water quality and biodiversity but also creating wildlife corridors from the hills to the harbour by controlling pests, protecting native vegetation and carrying out restoration of coastal areas.

Entomologist Peter Maddison, patron and scientific advisor to Project Parore, says work to stop soil and nutrients from entering waterways in the first place, swales to slow down water movements and the planting of a succession of plants to stop sediment getting into the harbour is vital work.

“We will be growing native plants especially for these restoration projects at our nursery. We will not compete with commercial nurseries but grow the more unusual, endangered and hard to propagate species.”

One of the first projects the new staff will be involved in is pest and weed control and the formation of walking tracks in the Waitekohekohe Reserve (previously Lund Road Reserve) which is a mix of native bush and pine forest located between Lund Road and Thompsons Track and includes the Waitekohe Stream.

Lawrie says the team will also be available to assist landowners to carry out restoration projects on private land.

“We want to meld their goals and ideas with ours so together we can bring the native fish parore back to the Tauranga Harbour by improving land management practices and protecting waterways from further degradation.”

Improving the quality of water entering the harbour, ultimately leading to the restoration of the parore’s habitat will be one measure of the project’s eventual success.

Read this and assumed it was for roading.... disappointing.