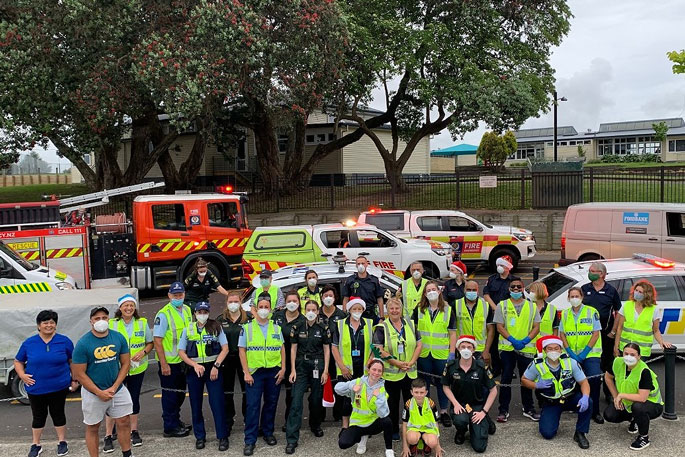 The Emergency Services Neighbourhood Support food drive around Tauranga is being hailed a success.

Police, Fire, Ambulance and Search and Rescue officers joined volunteers from Neighbourhood Support to walk the streets with sirens blaring and lights flashing for the annual collection.

Everything was done contactlessly, with people putting their gifts on the ground for the runners to pick up, but there were lots of smiles and happy kids around the streets.

Women at the Pacific Lakes Retirement Village on Girven Road had made up little parcels of special toiletry items for women as Christmas gifts.

Mount organiser Constable Kurt Waugh says as well as being a fun event for everyone involved, the collection was a huge success across all areas.

“Lots of food donations were collected, meaning the food banks can help those in need over Christmas and into the New Year. I’d say it was the largest collection in my five years of organising the event.”

Neighbourhood Support Ōmanu area coordinator Linda Thompson says families came out of their houses to see the emergency vehicles, and the generosity of households was overwhelming. 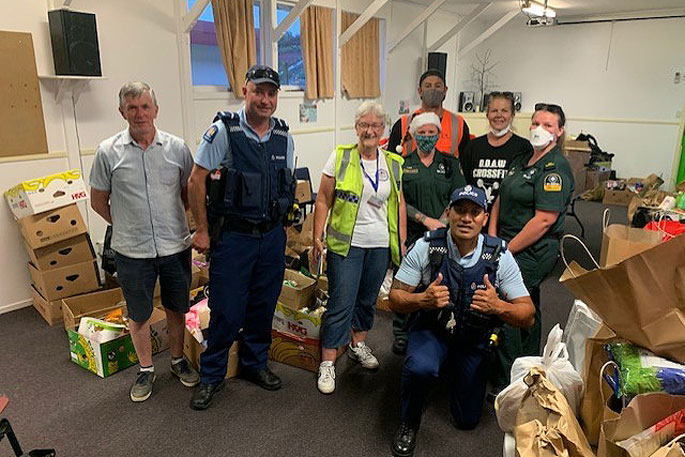 All the food was delivered to the Salvation Army in the Mount to be made up into food parcels for needy families.

Police, Fire emergency, St John, Search and Rescue and Neighbourhood Support thank all the volunteers who helped out in this year’s food drive.