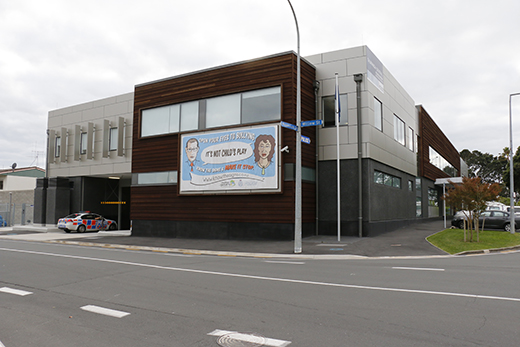 Tauranga Central Police Station has been added to the list of locations of interest in the Bay of Plenty with the exposure event considered high risk, according to Ministry of Health official advice.

A police spokesperson tells SunLive that the front counter at Tauranga Central was temporarily closed yesterday as a precautionary measure.

“Staff had concerns that a member of the public who entered the station may have been unwell and closed the front counter as a precaution,” says the spokesperson.

“The rest of the station continued operating as normal and there is no impact on police's ability to respond to incidents.”

The exposure event is short, between 2.44pm and 3pm on Sunday, December 5.

However, the advice for anyone who might have been at the police station at this time is the strongest the MOH relays.

Further isolation and testing requirements will be provided by Public Health.

You are asked to record your visit online or call Healthline so MOH contact tracers can get in touch.

The location is the one listed today but a full list can be found here.

Of the 135 community cases of Covid-19 announced across New Zealand today none were in the Bay of Plenty.

To date, there have been 72 Covid cases in the Bay of Plenty and there are currently two cases in hospital. Three of the 72 cases are now considered to have recovered.

There have been 30 cases in the Lakes DHB District, 20 of whom have recovered.