Muggy nights all week as frosts return to SI 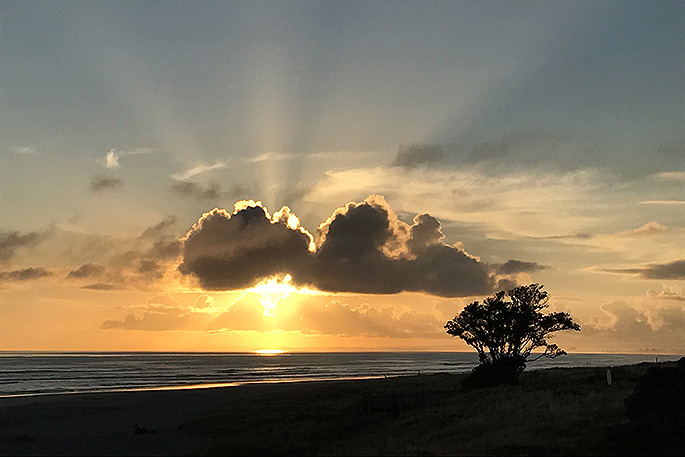 It was 20 degrees in the Bay of Plenty at 7am today.

A cold change is moving up NZ today and into the lower North Island - but it will fail to bring any noticeable drop in temperatures to Auckland and other northern regions, says WeatherWatch.co.nz

"This morning at 7am it was 21C in Auckland City and across parts of Northland, Bay of Plenty and Hawke's Bay. At the other end of NZ were single digit temperatures - and in fact tonight there is even a frost risk for some inland parts of the South Island," says a spokesperson for the weather organisation.

"Mild airflows and thick cloud cover are the reason Auckland and northerners have warm nights for sleeping - but it's also the same reason why daytime temperatures aren't too high either.

"Auckland's feels like temperature both by day and by night this week hovers between 19 and 24 degrees.

"Auckland's temperatures are expected to continue like this for another several days."

The Bay of Plenty will experience similar temperatures, but with overnight lows sitting around 16 or 17 degrees throughout the week.