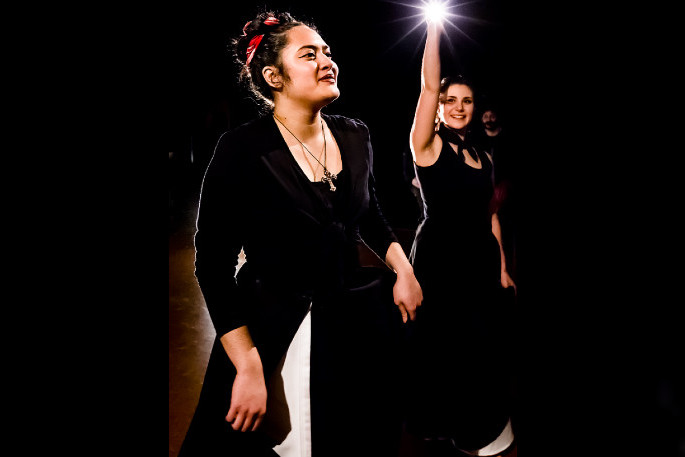 The FAME Trust, in conjunction with the Acorn Foundation, has provided a $10,000 prize to each of six performing arts institutions across New Zealand to award to talented students in each of three areas of music, contemporary dance and theatre.

Maurea is a Pasifika artist who has completed her second year of a Bachelor of Performing Arts (Acting) at Toi Whakaari. Born in Fiji, she was raised in Samoa and Tokelau before her family settled in Waiuku, South Auckland, where she finished secondary school at Waiuku College.

Maurea is concerned that much of the artistic content that is consumed by audiences and artists is not representative of our geographic region and, therefore, doesn’t properly honour indigenous people and their stories.

Her artistic vision is to work with Māori and Pasifika peers to create cultural works with which audiences can empathise.

She is particularly passionate about supporting the Tokelauan people and residents of other small Pacific islands facing the challenges of climate change to share their stories and explore their creativity.

“Winning this award, for me, is forming the foundation of a fruitful journey towards my artistic creativity as a diverse Pasifika Artist. I’m honoured and grateful to have my voice acknowledged not just for myself but for those thousands who walk behind me,” says Maurea as she reflects on her selection for this prize.

Founded in 2007, the FAME (Fund for Acting and Musical Endeavours) Trust has long provided support for young and mid-career artists, plus funded national organisations like the NZSO, Toi Whakaari NZ Drama School, and the NZ School of Dance and local Bay of Plenty groups such as Opus Orchestra, Youth Philharmonic and BOP Symphonia.

Acorn will be managing several scholarship and awards programmes for the FAME Trust, including six Emerging Practitioner Awards this year through the team at Creative Bay of Plenty. Outstanding performing arts institutions, including University of Auckland, University of Waikato, Victoria University of Wellington, University of Otago, Toi Whakaari and NZ School of Dance will each have a $10,000 award to offer to students who have completed at least their first year of study.

The Acorn Foundation enables generous people to make a bigger impact in their communities, by investing the funds and distributing the returns to causes that matter – forever.

From Acorn’s inception in 2003 through 2021, we collectively distributed over $10M to the Western Bay of Plenty community, supporting the work of more than 260 local charities.

This year, the Acorn Foundation gave away over $2M to 194 local charitable organisations and scholarship and award winners. Scholarships and awards reached nearly $350,000 in total and include the Jann Medlicott Acorn Prize for Fiction, given annually at the Ockham New Zealand Book Awards.

Find out more at: www.acornfoundation.org.nz