It‘s going to be a hot and sticky summer - Niwa 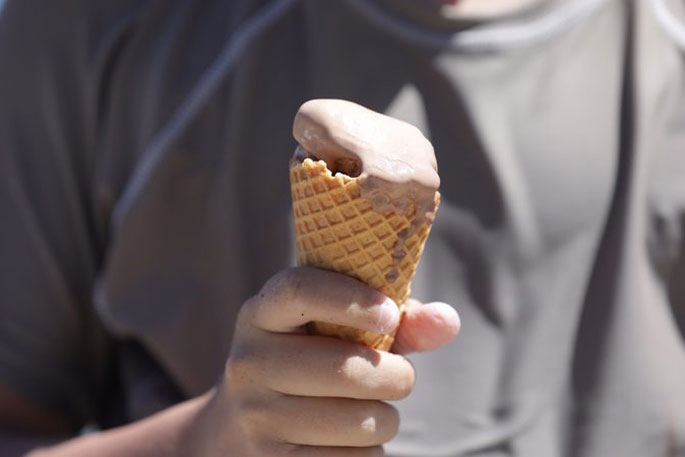 Ice cream is a must during the hot weather. Photo: RNZ / Rebekah Parsons-King.

It's looking to be a hotter than usual summer, with above average temperatures very likely across the country.

Niwa says the nights will be warm and there's likely to be extended periods of high humidity.

In Tāmaki Makaurau, Central North Island, Taranaki, Whanganui, Manawatū and Wellington NIWA says there's a 70 per cent chance temperatures will be above average.

Hot, sticky nights are on the cards because there will be warmer than average coastal sea temperatures.

For Gisborne, Hawke's Bay and Wairarapa the likelihood is 65 per cent. There's a chance Gisborne and northern Hawke's Bay will see periodic heavy rainfall too.

Wairarapa was experiencing unusually dry conditions at the end of November, NIWA said, as was mid-Canterbury and Banks Peninsula.

For West Coast, Alps and foothills, inland Otago and Southland the likelihood increases to 75 per cent.

Did you feel warm last month?

A handful of places have broken their average monthly temperature for November.

High pressure keeping southerlies away and a marine heatwave have contributed to record-breaking November heat! pic.twitter.com/zDeMUJG0Q2