One person killed in SH2 crash 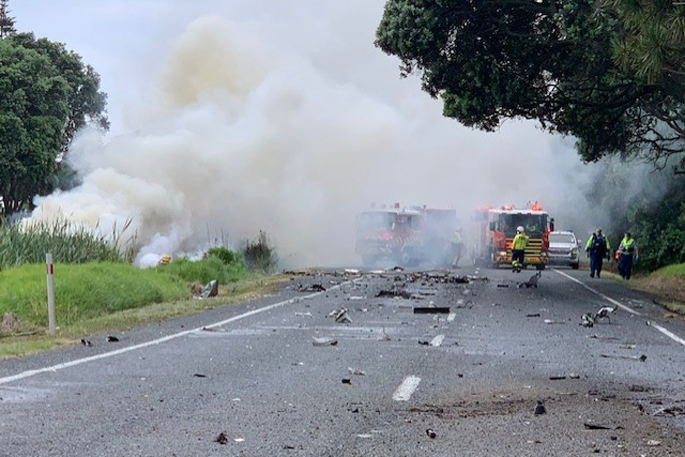 One of the vehicles involved in the crash was on fire near the railway tracks on SH2. Supplied image.

UPDATE 8.25PM: One person has died following a crash on State Highway 2 in the Eastern Bay of Plenty.

In a statement released tonight, police have confirmed that one person has died following the serious crash on SH2 West, Pikowai.

"A truck and a car collided just before midday," says a police spokesperson.

"Sadly the driver of the car has died at the scene.

"Police are still making inquiries into this incident."

The road was closed for most of the afternoon and was re-opened this evening.

Emergency services were called to a truck versus car crash on SH2 at Pikowai, just before 12pm.

A vehicle was completely engulfed in flames when emergency services arrived at the scene.

A witness on the scene says the car has been completely burnt out and was a burned-out wreck by the railway line.

"The truck is further down the road with the front cab overturned and the trailer still upright."

The highway was closed for several hours, while emergency services cleared the crash scene.

A resident in the area is reporting that the highway is now open.