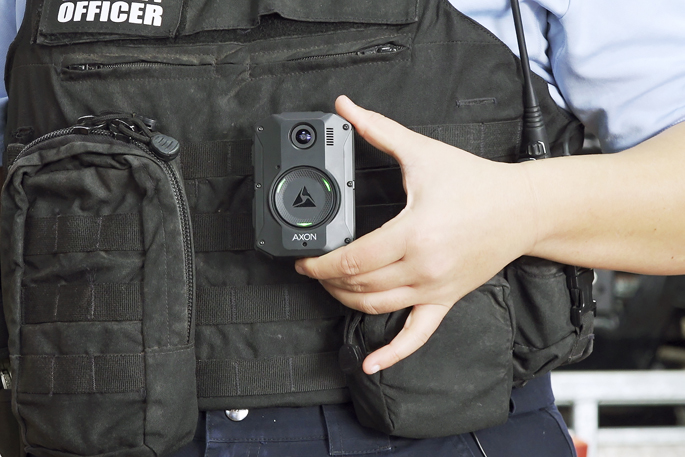 Fishery officers in Masterton, Napier and Wellington will trial the cameras. Supplied image.

Fishery officers are taking part in a trial of body worn cameras to help keep them safe on the job.

“These officers work hard to ensure our fisheries are sustainable and their safety in this important work is paramount,” says Ministry for Primary Industries director of compliance Gary Orr.

As part of the evaluation, a small number of officers in the Wellington region have been using the cameras.

The programme will be extended to Masterton and Napier on December 1 and will run through the summer.

Garry says MPI will then assess what lessons can be learned from it, before considering a wider rollout.

“The focus is the safety of our staff, so the cameras will only be activated where a fishery officer or honorary fishery officer has concerns for their safety due to the actions or behaviour of the person or people they are interacting with.

“Our people are generally appreciated for their work in the community, but from time to time they are exposed to risk, including physical assault and verbal abuse.

“The use of body worn cameras will help fishery officers to de-escalate situations where they feel threatened. They will also prevent undesirable behaviours.

“If a member of the public knows they are being filmed, they also know it could be used in evidence. This is likely to change the dynamic of the situation and how those involved behave.”

MPI has undertaken an initial assessment which measures the privacy impact of the collection, use, storage and release of personal information captured by body worn cameras, says Garry.

...should be storing live data remotely (Cloud?) in real time. If they store in local memory, it is likely the camera can be ripped from the officer and smashed...

. . . MPI has undertaken an initial assessment which measures the privacy impact of the collection, use, storage and release of personal information captured by body worn cameras . . . If you haven’t done anything wrong, who cares. PC madness and we wonder why society is running a muck. Those that worry about body cam’s have a guilty reason to.