Givealittle page set up to help couple after fire 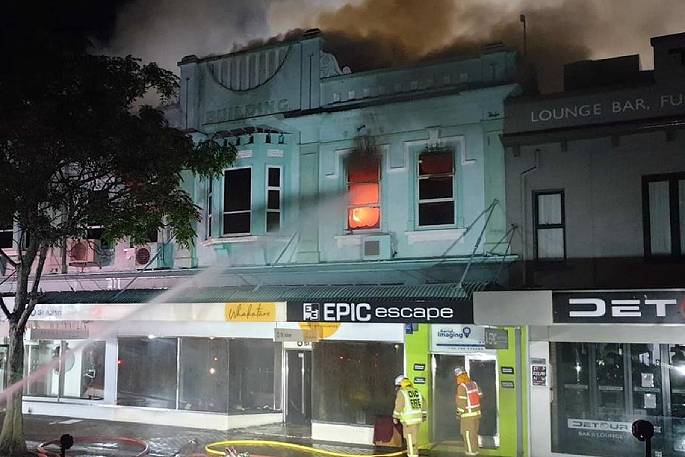 Flames engulfed the building on The Strand earlier this morning. Photo: Givealittle.

UPDATE: A Givealittle page is being set up to help a Bay of Plenty couple after their business burned down, days before opening for the busy summer season.

Firefighters were called to the blaze on the corner of George and Commerce streets in Whakatane at 12.45am when police patrols spotted the fire.

When fire crews arrived at the scene, a third alarm was raised, calling for additional trucks to help battle the blaze.

Twelve fire crews ended up at the scene.

Detective Senior Sergeant Paul Wilson says he would like to acknowledge the devastation that the affected businesses have suffered, incidents like this impact the whole community.

One of the businesses impacted is EPIC Escape, the escape room entertainment site.

“We're absolutely devastated that the thoughtless actions of some individuals has resulted in the loss of Epic Escape this morning,” says the business owners, Matt and Anne, in a Facebook statement.

“We have spent three years pouring our heart and souls in to building this business, and in less than 30 minutes it is all gone.”

According to the Givealittle page set up, Matt, who is a volunteer firefighter, was part of the Ohope Brigade that attended and fought the blaze.

The couple have spent the last three years getting the business up and running, and were preparing to open in time for the predicted busy summer season.

It’s been reported that a car was driven into the St John Opportunity Shop building below them and caught alight, which quickly spread upstairs. 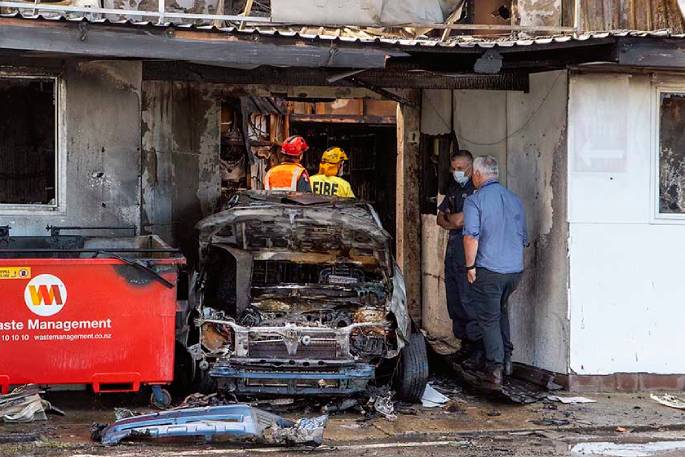 Police and fire investigators at the scene of the fire this morning. Photo: Troy Baker/Whakatane Beacon.

Police state they will be reviewing CCTV from surrounding businesses.

Police are asking for information from anybody who might have seen the vehicle involved, a blue Subaru Forester with the registration FLD29, or has any information about this vehicle.

This vehicle was reported stolen from Kawerau on October 18.

Police are also seeking any witnesses who were in or driving through the area at the time of the fire.

Anyone with any information, which could assist Police with our investigation is asked to get in touch.

Alternatively, information can be provided anonymously via Crime Stoppers on 0800 555 111.