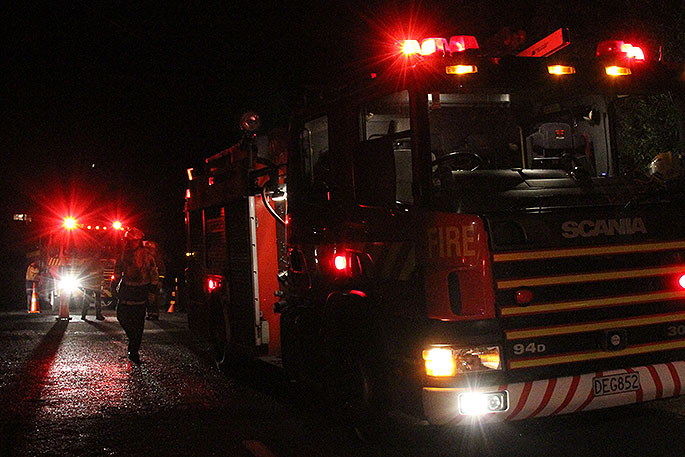 Emergency services were called to the blaze on The Strand in Whakatāne at 12.45am.

A fire that tore through a Bay of Plenty business is reported to be out this morning.

Emergency services were called to the blaze on The Strand in Whakatāne at 12.45am.

Twelve fire trucks were called in to battle the fire.

A Fire and Emergency  New Zealand spokesperson says firefighters were called by multiple people to the fire in the centre of town.

A third alarm was raised to get more resources, and 12 fire trucks were at the scene.

The building on the corner of George and Commerce streets, which housed the St John Whakatāne Store and Epic Escape, has suffered extensive damage, reports local radio station 1XX.

The fire is reported to be under control and firefighters are working on dampening down hot spots.

Members of the public are being asked to stay away from the scene.