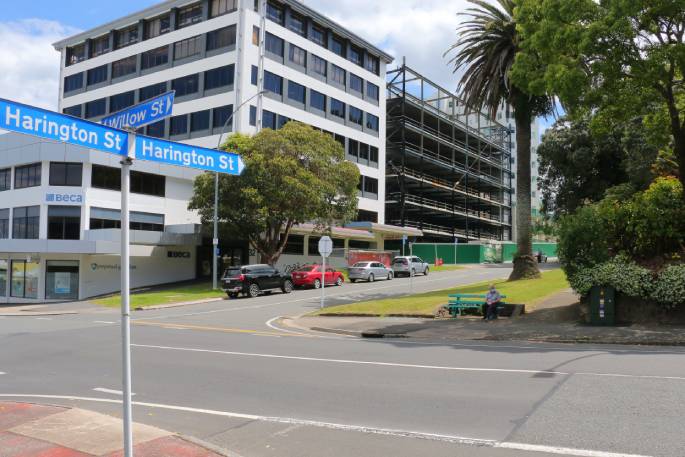 Harington St has been blocked off between Durham Street and Willow Street since mid-2018. Photo. Mathew Nash.

Harington Street is now open to through traffic after nearly three and a half years.

The street was initially blocked off between Durham Street and Willow Street on June 19 2018.

The section was set to be closed off for the duration of the construction works on the Harington Street Transport Hub carpark project.

However, whilst that project was abandoned in June 2020 amid seismic strength concerns, the road remained closed.

Tauranga City Council director of transport Brendan Bisley says the structure’s safety was never the reason for the road closure.

Whilst work on the site has been suspended since September 2019, after the issues relating to seismic design strength became apparent, the space has continued to be considered an active construction zone and was being used to store materials. 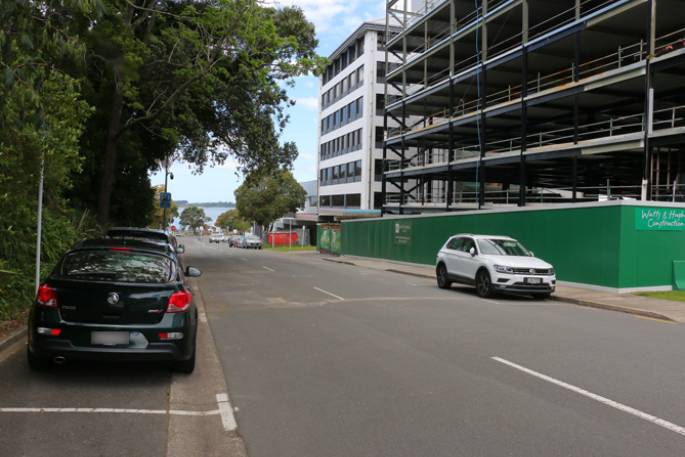 “The building was never considered unsafe and the street can be opened now because it is no longer an active construction zone,” says Brendan.

“Harington Street was being used to store construction materials etc.

“However approval to occupy the space under a temporary traffic management plan has expired.”

Tauranga City Council sold the Harington St site to Watts and Hughes for just $1 in March this year.

Council had already spent $19 million of an initial $29 million budget on the hub when the decision was made to pull the plug.

It was estimated a further $10 million would have been needed to demolish the site and install suitable parking in the area. 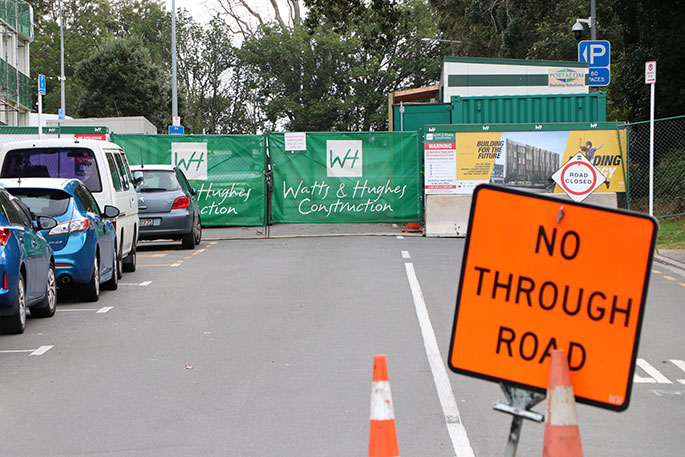 The road was previously shut off. Photo. Daniel Hines. SunLive.

Full details of future plans for the site are still being finalised. However, as part of the sale agreement, the new owners assume responsibility for providing and maintaining at least 200 public car parking spaces in a new building on the site, or 95 at-grade spaces if the structure is demolished.

In May, a report from the Auditor-General’s office was heavily critical of Tauranga City Council’s procurement process in regards to the Harington St project.

At the time, Council CEO Marty Grenfell says he welcomed the letter and recognised failures in the procurement and management of the project.

Legal action to recover wasted costs and other losses from the parties involved in the building’s design is ongoing.

You cannot talk to Bisley on the phone, as switch says he is in meeting or not in today,(YEAH RIGHT) even if you could he would be DEAF, my experience only on this, Thanks Sunlive, being No1 in News is AWESOME, 10-4 im out.phew.

Should we expect a rebate for the wasted money in our next Rates Assessment. Council obviously has insurance I would hope.