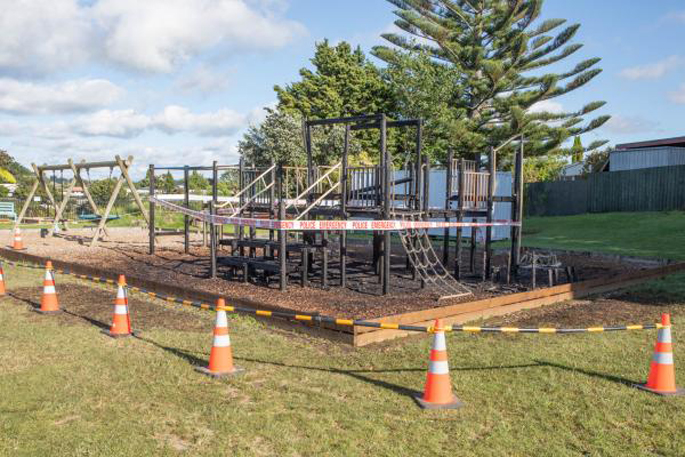 The school’s playground has been badly damaged by the fire. Photo: NZ Police.

Merivale School has been the victim of arson overnight and police are appealing for information.

Tauranga Police are seeking the public’s help to assist their investigation into the arson at Merivale School in the early hours of this morning.

Emergency services responded to reports of a fire at the school at about 12:25am, and when they arrived a playground was well alight, says a statement from police.

The fire has caused significant damage to the equipment, says the statement. Police would like to hear from anyone who may know anything about the fire, and ask them to call 105 and quote the file number 211126/7942.