Bridges believed to be going for leadership bid 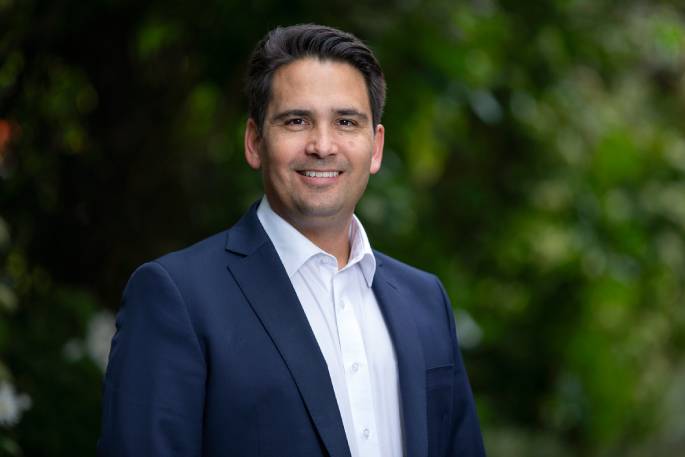 Former leader Simon Bridges is throwing his hat in the ring to be National's leader, SunLive understands.

National MPs are busy discussing who they want to take over the leadership of the party, after ousting Judith Collins yesterday.

Yesterday Bridges said he would "take a day or two" to consider having another tilt at the leadership following the departure of Collins as leader.

Collins lost a vote of confidence in the National caucus after her late night media release on Wednesday, saying she had stripped Bridges of all his portfolios and intended to demote him to the back bench.

Her decision related to allegations of an inappropriate comment made to Waitaki MP Jacqui Dean five years ago at a party function.

Bridges criticised Collins, saying she had acted in a desperate way and shown she would do anything to hold on to the leadership.

He spoke to media after the caucus meeting yesterday, saying he had apologised to Dean at the time and again this week.

"I think today in particular I'm an older, possibly wiser guy than I was - certainly five or six years ago, but even a couple of years ago when I was leader of the National Party.

He gave assurances his statements over the past few days about having no intention to stand for the leadership had at that time been genuine.

This morning former Cabinet minister Chris Finlayson said Bridges and Collins should use the summer break to consider retiring from politics altogether.

"Maybe Simon and Judith need to reflect on the events of the last 18 months and consider whether or not they should perhaps move on for the good of the party."

National MPs are due to meet again on Tuesday to consider a new leader - their fifth in four years.

I feel that Simon as an MP is awesome and although as morepork rightly points out, he is experienced, older and wiser but with all due respect to Simon I believe it is Luxons time to step up. Sometimes jumping in the deep end is incredibly worthwhile. Given the opportunity I fully believe Luxon can successfully become our next Prime Minister.

I agree this might not be the right time for Simon, but he is older, wiser, and much more experienced than previously. More importantly, he is genuine in his desire to make NZ a better place. I first met him when he appeared on my doorstep, canvassing against Winston. We spoke for 20 minutes and he answered my questions without prevarication or deflection. Since then I have had several conversations with him and a lunch, and I am satisfied he is a decent man and a capable man. He may not have the instant charisma that Jacinda has, but he is intelligent and he is experienced. Luxon is also a good man but his Religious views are too right of centre for many, and are looking increasingly outdated in terms of LGBT and Abortion rights. Whoever steps up, must prioritize coherent Opposition before all else...

Time to clean out the closet.

Bridges has had his time. Time to give Luxon a go. The Country needs a leader with the skills to repair the damage Ardern and Co. Have done.

I want National to do and overhaul and become a strong opposition. So there is time to re build . The main objective to be an opposition and to overturn Labour / Greens . I’m open to vote for them or Act anyone who will defeat the current lot. Both have appeal in their opposition to 3 waters and creation of a bureaucracy and race based appointments. New Territory having always voted Labour. I find it difficult to see or listen to them without shouting at the TV so turn it off