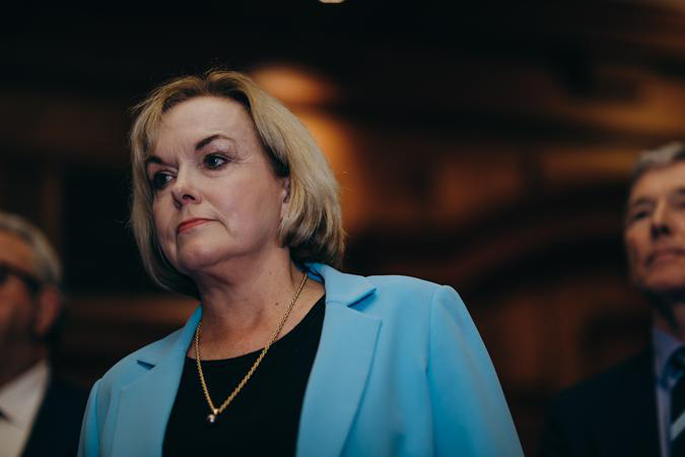 UPDATE 12.40pm: Judith Collins has been ousted as leader of the National Party.

Collins has confirmed the news on Twitter, saying she is now “pleased to say” she is just the MP for Papakura again.

“It’s been a privilege to take over the leadership of NZ National Part during the worst of times and to do so for 16 months,” she says on Twitter.

“It has taken huge stamina and resolve, & has been particularly difficult because of a variety of factors. I knew when I was confided in by a female colleague regarding her allegation of serious misconduct against a senior colleague, that I would likely lose the leadership by taking the matter so seriously. If I hadn’t, then I felt that I wouldn’t deserve the role. I didn’t ask for the allegation to be given to me.

“I am proud of the support I received from Dr Shane Reti, a man of principle, and I will continue to advocate, not only for Papakura, but for those who have no voice.

“A big thank you to the wonderful staff in the National Leader’s Office, my Papakura Office, National Party members & my wonderful colleagues. I’m so pleased that I can spend more time with my family & friends & I will not miss the gruelling media schedule.”

According to Stuff, the National leader has been rolled after a caucus meeting this morning following last night’s demotion of Tauranga MP and former leader Simon Bridges.

Bridges was demoted and stripped of all portfolios over allegations of an inappropriate comment made five years ago at a party function.

It's understood the comment was made to Waitaki MP Jacqui Dean, who today wouldn't comment to media.

RNZ political editor Jane Patterson has confirmed that Dr Shane Reti is the interim leader of the National Party.

PREVIOUSLY: 11.30AM: The National Party are still locked in a caucus meeting following last night's chaos.

Simon Bridges was demoted and stripped of all portfolios over allegations of an inappropriate comment made five years ago at a party function.

It's understood the comment was made to Waitaki MP Jacqui Dean, who today wouldn't comment to media.

Both National Party leader Judith Collins and Bridges are expected to speak in separate press conferences after the caucus meeting.

Earlier today, National MP Simon O'Connor said Collins must resign and there must be a change of leadership immediately.

He told Morning Report he will not work with Collins and will hand over all his portfolios.

Bridges also hit back this morning saying Collins would go to any length to hold on to her leadership of the National Party.

"What we saw yesterday was truly desperate stuff from Judith Collins." 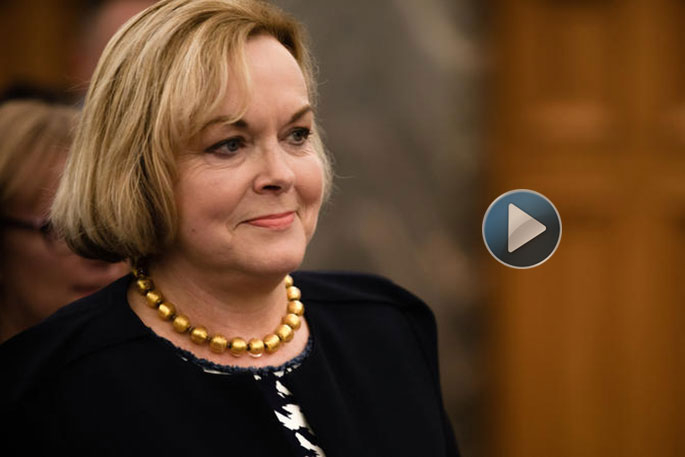 National Party leader Judith Collins is speaking to media after a backlash to her sudden demotion of Simon Bridges.

Collins was due to be joined by deputy leader Shane Reti, along with Waitaki MP Jacqui Dean, who made the complaint in early 2017.

Bridges hit back this morning saying it was "truly desperate stuff" from Judith Collins who would go to any length to hold on to her leadership.

MP Simon O'Connor, who is Bridges' brother-in-law, says there must be an immediate change of leadership, saying: "The way that this has been handled is just outright appalling".

National MP Barbara Kuriger says she had lots of questions, and the state of the party is pretty disappointing.

At a time when we desperately need a coherent Opposition, we get this. Simon Bridges is a decent man. He is accused of SAYING something, and apparently, he apologized for it. Suddenly, after 5 years, it becomes an issue that merits total discredit and humiliation? What kind of Party does that? What kind of Leader does that? It would be understandable if Simon packed it in. I really hope he doesn’t. Maybe there will be such a shake-up that something better will emerge. Now, more than any time in our history, we need a solid and effective Opposition. The dismantling of our Democracy has to be stopped and the bickering and power-seeking of Opposition MPs is not going to achieve that. Winston says it is a "debacle". Sadly, he’s right.