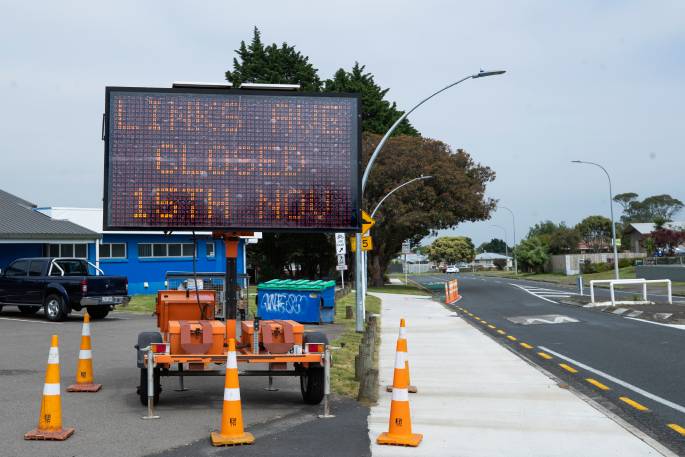 A group of Mount Maunganui residents are set to protest the ongoing Links Ave cul-de-sac trial this afternoon.

Members of the community plan to converge at the corner of Golf Road and Maunganui Road from 4.15pm today to express their frustrations at the recent decision to trial a new traffic system along the major arterial road.

“Bring signs, stay off the road and stay safe,” is the message attached to a call to action posted on the ‘Don’t Close Links Ave to the Mt’ Facebook group.

The Facebook group’s creator Teri Logie, who lives within 100m from where the temporary cul-de-sac has been installed at Ascot Road, is hopeful the message will soon be reaching Council.

“I am hoping that people will come out and stand up for what they believe in,” she says.

“I think the council works for us not themselves so they must do what the people that are paying them are asking them to do.”

She also implores anyone who does attend the protest to wear a mask and socially distance when possible. 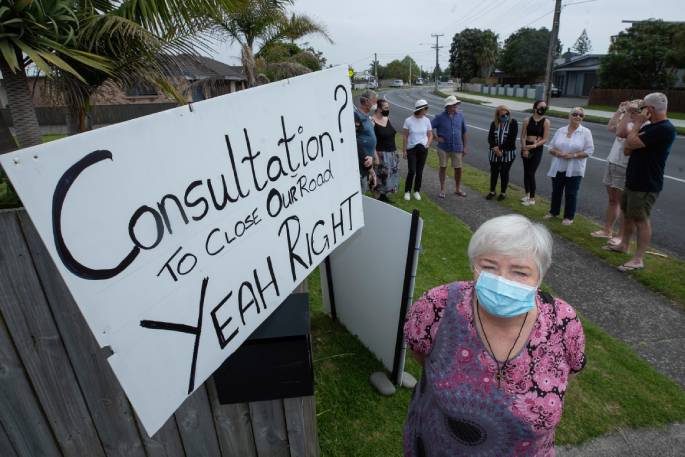 Teri Logie is not happy with the lack of consultation. Photo: John Borren/SunLive.

Teri says she and other residents in the area are frustrated by the lack of consultation over the cul-de-sac trial.

The trial period, which began on Monday, November 15, went ahead without the consultation that had initially been planned.

Council told SunLive earlier this month that those engagement plans were disrupted by Covid-19 restrictions.

Council’s reasoning for implementing a cul-de-sac is to improve safety for pedestrians, particularly school children, on the busy road.

Those opposed suggest the removal of the bus lane as the better solution.

Tauranga City Council director of transport Brendan Bisley says that the trial period needed to be implemented before the end of this school year in order for long-term safety improvement decisions to be made for early-2022.

He says bus lane removal is not an option, due to the high number of public transport users who regularly use the route.

Residents complained prior to commencement that the closure of Links Ave would add significant travel time and not significantly impact safety concerns.

Others have expressed confusion over the infringement and fine system.

Traffic cameras are enforcing the cul-de-sac restrictions and breaches can be punished with a $150 fine.

@ By an_alias I’d support your request...however...I am of the opinion that they have no problem lying to our faces. If buss windows were tinted dark enough....I have no doubt that TCC would say they all run at full capacity.

Roads are a public space and yes, the safety of kids outside a school is more important than the conveinience of drivers. It is important kids feel safe walking and biking to school. They are healthier, its better for the environment and they don’t add to school traffic congestion. Give the trial a chance, its a trial for a reason.

Brendan Give us the numbers

How about you qualify the numbers Brendan and tell us exactly how many use the route and how many buses ? You do work for the community so answers please as we don’t take your word for it. Actually how about tell us for ALL of Tauranga so we can gauge exactly how much of a waste of time the service we pay for is.