BOP vaccine rate given shot in the arm 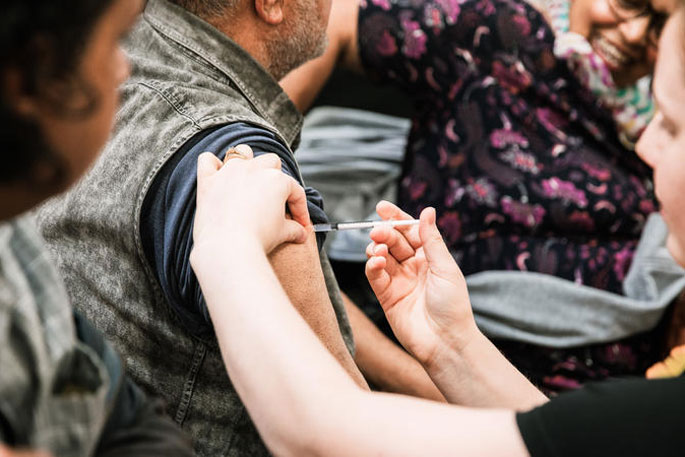 Vaccination rates in Bay of Plenty have led the country over the past week, as the days until the Covid-19 traffic light system tick down.

The government will set out what restrictions will apply to what areas on Monday, but it is clear vaccination is the key to loosening restrictions.

While success stories like Auckland are well canvassed, other areas are ticking along in the background.

Previously one of the country's laggards, Bay of Plenty is fast approaching 90 per cent first doses.

Over the past week it led in first dose rates, and was second only to Canterbury in second shots.

It should hit 90 per cent first doses in the next week or so.

However, the DHB's vaccine rollout lead Brent Gilbert-De Rios acknowledges there were problems in the beginning.

"It took us a while to get going and there a two reasons for that. One was around the population spread and geography because we have quite a divide in terms of rural and urban, so you have those dispersed rural communities. And then you had the scale and the complexity."

The change came when the DHB trusted communities and their leaders to get shots to arms.

Bay of Plenty was still home to some of the least-vaccinated areas, like Kawerau, Ōpōtiki and Whakatāne.

However, there are promising signs with all those districts steadily climbing since the beginning of the month and now close to 80 per cent of first doses.

Since the start of November, almost 10 per cent of Kawerau have got a first dose and more than 10 per cent have got their second with now almost two-thirds fully vaccinated.

Te Whata Tau ō Putauaki tumuaki Ripeka Lessels says there has been a change in attitude in the town.

"We've got several children now that are fully vaccinated, this is those between 12 and 18, and we have a couple that have just had their first vax," she says.

"I think the kids are now better able to trust the people at the vaccination clinics. A couple of the kids and I did some research on what's actually in this, and it was a no-brainer after that."

Her school community has led from the front with all 13 of its staff vaccinated by the education workers deadline.

So they are doing their best to tap into that.

"On the day of our sports prize giving next week, when we know that we've got family members that are going to be here, we've arranged for the pop-up vaccination clinic to be here on the same day so that parents can come and see their kids get prizes as well as pop over and have their vaccination if they haven't had it done."

The entire country is now only about 25,000 jabs away from getting every DHB to 90 per cent first doses. 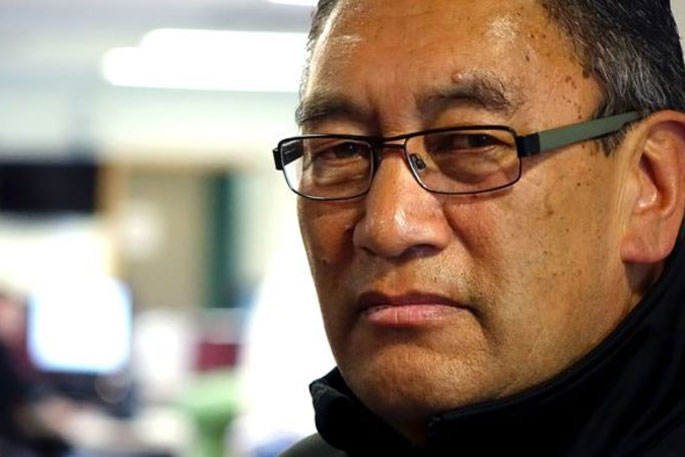 Tai Tokerau Border Control spokesperson Hone Harawira says precious time is being wasted because the Ministry of Health will not release information on unvaccinated Māori to Whānau Ora.

"The denial of critical information to Māori health providers in Tai Tokerau is really killing us," he says.

"If there's 1000 people in a community, the Ministry of Health knows which of those thousand are still unvaccinated and if they don't tell us then we're out knocking on 1000 doors. It's a pointless exercise."

The mainstream focus of the vaccine rollout had predictably left Māori behind, particularly in rural areas, he says.

But he remains confident Tai Tokerau can reach 90 per cent vaccination.

Just knock on doors like everyone else is Hone ok? You don’t get ’special’ treatment. Might lose a few kilos while you’re at it. ;)

Yep time for rolling Apartheid to be implemented with your passports (or papers) expiring every 6 months. Get ready for two classes of people. Is that really what NZ wants ? There is no logic to this unless its about control. Will Sunlive publish this is the question.