La Nina is officially here – but only just 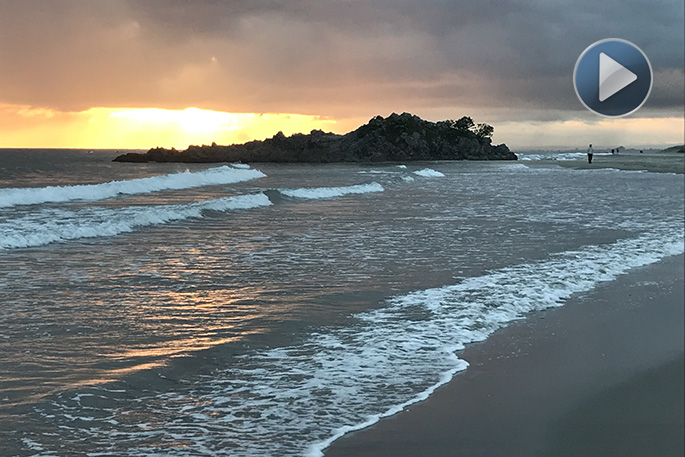 La Nina conditions have been officially declared by the Bureau of Meteorology but it may not impact New Zealand the way people think.

WeatherWatch says for months La Nina has been on the cards with the pervious outlook by BoM saying there was a 70 per cent chance of La Nina forming this summer.

“Despite large rain forecasts by other outlets, many regions saw droughts actually expand.

“La Nina is measured at the equatorial Pacific and New Zealand is located about halfway between the equator and Antarctica.

“This means the weather conditions – rain events and big lows – that La Nina tends to produce may still miss New Zealand as they try to track southwards.

“Typically, the warmer than average sea surface temperatures produced in a La Nina summer leads to more cloud in northern and eastern New Zealand (both islands), an increased chance of inland severe thunderstorms, higher humidity for many regions (making for milder nights) and a better chance of getting rain (but sometimes only drizzle which doesn't accumulate to much) for the north and north east of both main islands.

“New Zealand also typically gets more easterlies in the upper North Island and more north easterlies in eastern areas further down the country, right down to Coastal Otago.

“But the Southern Ocean weather patterns remain active and busy/spring-like, which means this somewhat borderline La Nina may not dominate New Zealand’s weather the same way it's dominating Australia already with very wet weather along their eastern seaboard.

“La Nina is currently forecast through December and January and most likely February too. “Neutral conditions (closer to normal sea surface temperatures) are likely by March.”

WeatherWatch says New Zealand can often have long dry stretches with La Nina but there's an increased number of drizzly/wetter days and also a heightened chance of an ex-tropical cyclone (or subtropical low) impacting New Zealand too which can bring localised flooding.