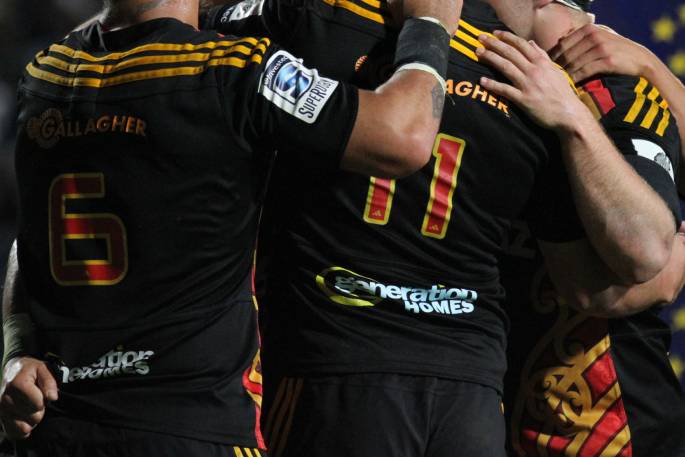 The Chiefs have seven new signings in their 2022 squad. Photo. File Image. SunLive.

The Chiefs have announced their squad for the upcoming 2022 Super Rugby Pacific competition, confirming some new and returning faces, whilst also bidding farewell to past, present and potential future All Blacks.

The Chiefs have also confirmed that Sean Wainui, who died in October, was set to be named in the 2022 Chiefs team after his breakout 2021 campaign in Chiefs country.

“Sean was such an integral member of the Chiefs team and whānau and it’s going to be really hard for the team that he’s not going to be here physically,” says Chiefs head coach Clayton McMillan.

“We know his presence will always be here and the example that he set as a person, as a trainer and as a legendary Chief will live long beyond my days here at the Chiefs and we’ll be doing everything that we can to honour his legacy.”

In total, there are seven new additions officially announced in this season’s Chiefs squad and six current Bay of Plenty representative players including Emoni Narawa, who shifts south from the Blues to reunite with his former Steamers coach McMillan.

Two all Blacks, the returning Brodie Retallick and utility back Josh Ioane, who is moving north from the Highlanders, are significant arrivals whilst Sam Cane’s return from injury will also add quality.

Wellington hooker Tyrone Thompson, known for his power and pace with ball in hand, replaces Tauranga’s former All Black Nathan Harris, who has retired at the age of 29 after ankle injuries and to focus on a new career as a teacher.

Two other players who have left from last season are Lachlan Boshier, an impressive young loose forward, is set to continue his immediate career in Japan with the Panasonic Wild Knights with star full-back Damian McKenzie also heading to the land of the rising sun, joining Suntory Sungoliath.

Several young talents will be getting their chance with the Chiefs this year. Waikato’s Samipeni Finau, who was called into the Gallagher Chiefs squad earlier this year as a replacement player and will continue in the first-team squad.

Cortez Ratima and Gideon Wrampling, two of the star players in Waikato’s NPC Premiership winning side will be hoping to impress in their rookie seasons.

Ratima has been instrumental for Waikato, excellent with ball-in-hand and speed around the ruck to offer the Chiefs another dynamic option at halfback.

Wrampling is a product of St Paul’s Collegiate and has represented both the New Zealand under 20’s and New Zealand Schools.

Rameka Poihipi and Rivez Reihana are also in the squad but there is no place for Mitchell Karpik, Te Toiroa Tahuriorangi, Liam Messam or Zane Kapeli whilst Viliami Taulani joined English side Harlequins in August, Bailyn Sullivan has joined the Hurricanes and Joe Apikotoa and Ezekiel Lindenmuth have both joined Moana Pasifika

Chiefs head coach McMillan says he is really excited by the squad that has been assembled to represent the Chiefs Rugby Club.

“I am really excited with the squad we have assembled, highlighted by the vast majority of last year’s roster being kept intact,” says McMillan.

“Some valuable lessons have been learned in recent seasons, and we believe continuity of selection will help us take those learnings and start delivering consistently on our potential.

“Some internal belief started to emerge last year after navigating our way through some real adversity, but it’s important we only see that as the starting point.

“We have to be better and I am confident the squad we have selected will be motivated in more ways than one to do just that.”

The 2022 Gallagher Chiefs squad will commence their pre-season training at the start of January.

* denotes a player that is yet to debut for the Gallagher Chiefs
Bolded players denotes a rookie, those who have signed their first full-time Sky Super Rugby contract.