Have a go at tennis 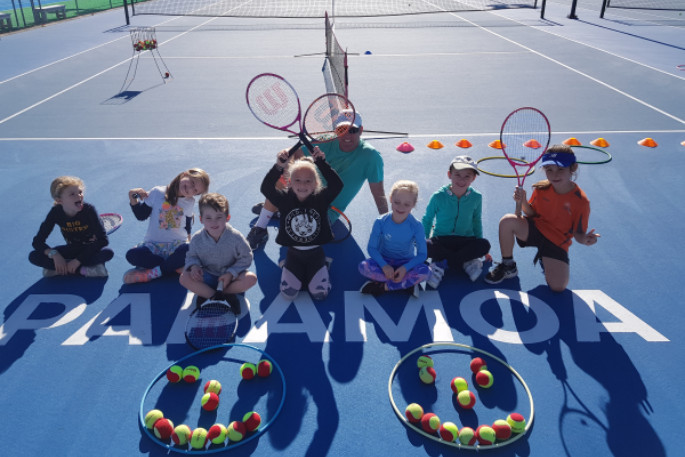 Adults and kids are welcome to come and have a go on Sunday November 21 from 1pm – 4pm at the Pāpāmoa Sports Tennis Club. Photo: Supplied.

It’s time to come play tennis at the Pāpāmoa Sports Tennis Club with 16 courts ready for adults and kids to come have a free go on Sunday.

Everyone is welcome from 1pm – 4pm at the tennis centre which is well-known for its friendly and relaxed vibe, reflecting the coastal community around it.

“We’ve got a ball machine that we’ll have out there for people to have a play around with. And games that aren’t necessarily tennis-related but use tennis balls, such as ‘can you hit this ball through this target’,” says club president Gerald Grieg.

The give-it-a-go day has been carefully planned to meet Alert level two requirements around the facility and courts, with the younger players in one part and the older players in another.

The Pāpāmoa Tennis Club has 120 senior members and over 200 juniors with play available for all ages, all year around, including a range of social and competitive play events. Expert professional coach Peter Blow provides coaching for juniors, seniors and families.

“Peter will be there on Sunday running clinics for the kids primarily, but he’ll also do some coaching for adults as well.”

Four courts have a Tiger Turf astrograss surface, whereas the other 12 courts have a Plexipave surface. There are two asphalt netball courts adjacent to the 16 tennis courts.

People don’t need to be members to turn up for a casual game, says Gerald.

“During this year we’ve installed a book-a-court system which has an electronic access gate at the facility, so people can now access a court without being required to be members.

“It’s the way everything is going - online. People can scan in the QR code at the courts or go straight online to our website booking page and book a court.

“It’s a nice simple process, where people think ‘I’d like to have a hit of tennis, I’d like to play with my friends on this court, from this time to this time’. So they can pay it on line and it’s nice and simple.”

Gerald also says if anyone is heading down to play at night, the lights are all automated through the booking system.

“Members have access through the same system albeit it’s a free option for them. With an online booking system you don’t have any conflicts of people being on the same courts at the same time.”

The free give-it-a-go Love Tennis day will be held at the Pāpāmoa Tennis Club, Gordon Spratt Reserve from 1pm – 4pm on Sunday November 21.