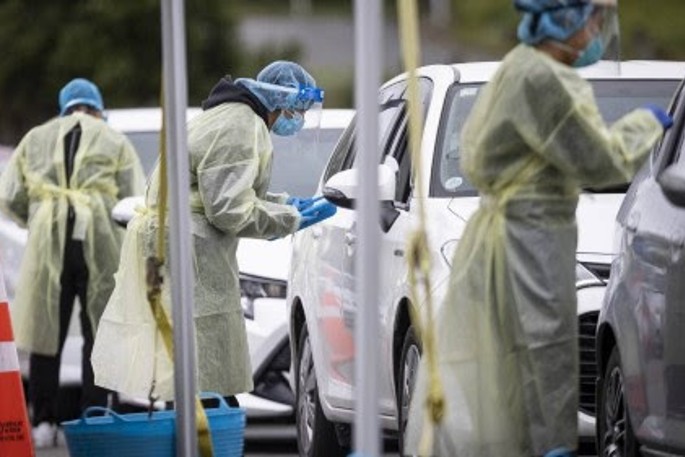 There are six cases of Covid-19 being reported today in the Bay of Plenty, one of which was first announced yesterday.

Of the new cases, one lives in the Tauranga area, and four are in Mount Maunganui. All but one of the above cases are household contacts of known cases.

A Ministry of Health spokesperson says links between the remaining Mount Maunganui case and known cases are still being investigated.

“All cases are self-isolating at home.

“As a precaution, a Bay of Plenty school linked to one of the cases had been closed today and all students and staff are being offered tests.

“Interviews are continuing to determine case movements. Any locations of interest will be added to the Ministry’s website as they are identified.

“Everyone who lives in or has travelled to the region is asked to monitor locations of interest regularly and follow any advice given. Anyone with Covid-19 related symptoms is asked to get tested as soon as possible – even if the symptoms are mild.

Testing locations can be found on the Healthpoint website.

“Yesterday, 409 tests were carried out in the Bay of Plenty. Across the region, 87 per cent of eligible people have had at least one dose of vaccine and 77 per cent have had two doses.

Including these six cases, there are 198 Covid-19 cases across the country today.

Of these 152 are in Auckland, 30 in the Waikato, five in Northland, two in the Lakes, one in Mid Central, one in the Wairarapa and one in Canterbury.

There are 76 people in hospital with Covid-19 today and six of these people are in ICU or HDU units.

“A case announced yesterday in Ashurst is officially added to today’s figure. A case reported yesterday in Levin has been reclassified as a Wairarapa case and has been added to the Wairarapa tally. A second case being reported today in Lakes DHB is being investigated and may reside outside of the district.

“Last night, a weak positive Covid-19 result was also picked up as part of routine surveillance testing in Wellington.
“This was for an essential worker from Auckland working in the city. The result could indicate a historical case or a case in the earlier stages of infection.
“The worker is having a repeat test today and follow-up with the workplace includes tests of co-workers.

“Auckland DHB is fast closing in on being the first DHB in the country to be 90 per cent fully vaccinated – as of 11.45am today, there were just 101 more people who needed to receive their second shot to reach this significant milestone.

“The DHB is expected to reach this marker this afternoon.

Approximately 700,000 people have successfully downloaded their My Vaccine Pass, says the spokesperson.
“The system is operating smoothly and capacity has been increased, so we encourage people to go to MyCovidRecord.health.nz to book their My Vaccine Pass to be ready for summer.”

** The number of cases here may sometimes differ from the total reported the previous day due to a difference in reporting timeframes and reclassifications.

Historical case identified at the border

need to stop bringing their entire collection of children when thry go to supermarkets/shopping unless theyre old enough to wear a mask. school age kids are the ones who are spreading any sicknesses and when 2 adults are bringing 5+ kids in with them, well thats not 1 person shopping for the household.