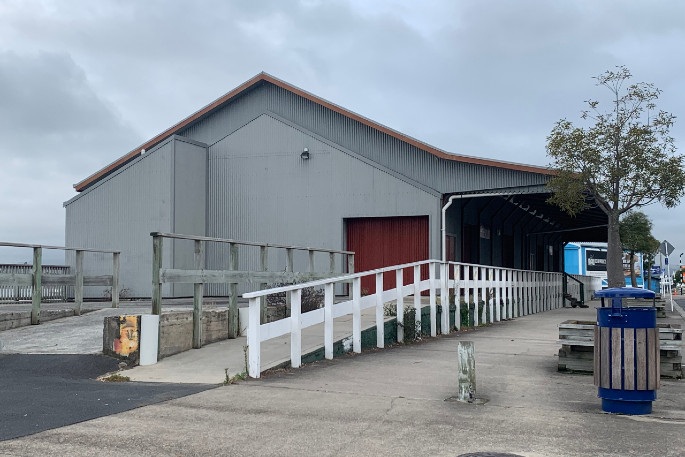 Land Information New Zealand has issued title for the land seaward of Dive Crescent, transferring it from Crown ownership to shared ownership between Tauranga City Council and the Otamataha Trust, 11 years after an initial agreement was reached.

Joint management of this area of land was agreed in May 2010 with a Memorandum of Understanding signed between Council and the Otamataha Trust.

The Trust represents the interests of local hapū Ngāi Tamarawaho and Ngāti Tapu.

The 3442m2 strip on the seaward side of the road incorporates properties including Bobby’s Fresh Fish Market, Maui Ocean Products, the Cargo Shed and a recently demolished shed at the northern end of the site.

It forms part of a larger area originally reclaimed by the Tauranga Harbour Board and the Public Works Department to form the rail and road corridors in the early-20th century. Ownership of the land has never been legalised.

The issuing of the title is the final step in a long process that started in 2003.

“This milestone allows Council and the Otamataha Trust to kick-start improvements to the Dive Crescent area, to return it to community use,” says a council statement.

“These improvements will include earthquake-strengthening and refurbishment of the Cargo Shed, safety upgrades, new open spaces, upgrades to Beacon Wharf and improvements to the parking area on the land side of Dive Crescent.”

More information on the plans for the upgrade will be shared in the coming weeks.

I thought treaty settlements were done and dusted? This sounds like a payout, in land. And why is council giving away our land?

Looking forward to these improvements, after the hard work to get to this point. So great to see the CBD coming to life again.

Bobby’s Fresh Fish Market is already a treasure, with the wharf and boats alongside, it’s a tourist icon with its own special charm and is literally full of flavour.

Half baked as usual...

The present building is grey and uninteresting. Ugly. Pull the lot down and create a harbour side place for folk to enjoy. Cafes, restaurants, a fish and chip shop, green area and seating. This prime area should be jewel in the CBD, but with the restrictive climate that prevails, sadly, this won’t happen.

and who is paying for all the improvements