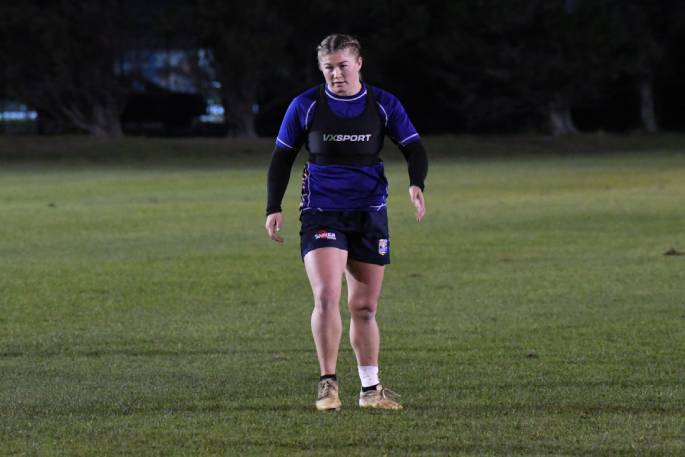 The Black Ferns team to play their last Test of the 2021 calendar has been named and one Bay of Plenty star is set to make her international debut.

Volcanix co-captain Kendra Reynolds played for the Black Ferns in their domestic series against the Barbarians in 2020, but Saturday is set to be her full international debut against France.

“Kendra has impressed us every time she has been in a camp,” says coach Glenn Moore.

“We are really pleased with the progress she has shown. She’s a class act and will bring something a bit different when she gets on.”

Rangiuru club player Reynolds, who is also women’s rugby development manager at the Bay of Plenty Rugby Union, has been named on the bench but is likely to make her debut and become the 233rd Black Fern.

Fellow BOP representative Kelly Brazier moves into first five-eighths and will combine with the experience of Chelsea Alley and Carla Hohepa in the midfield.

Kennedy Simon has been rewarded for dominant form off the bench with her first start in the Black Ferns jersey, replacing Dhys Faleafaga who suffered a head knock last weekend.

Halfback Kendra Cocksedge runs out for her 57th Black Ferns Test, equaling the record held by Fiao’o Faamausili as most capped player in the team’s history.

Waikato enforcer, Kennedy Simon, gets her first start after making her Black Ferns debut off the bench.

With experienced players such as Alley, Hohepa and Renee Wickliffe in the fold, Moore said the coaching group is interested in seeing how the different combinations come together.

“A number of these players have played significant amount of rugby at this level and they're fresh,” says Moore.

“They’ve played well off the bench so we’re looking forward to their opportunity to start and to test some combinations.

“We think our physicality has been improving week on week, we have a couple of players that have been desperate to have a crack and they get that this weekend.

“If we look at last weekend, we know we need to be more accurate with our kicking game and have a good kick-chase. On top of that, we need to improve our skill execution – we lost the ball at critical moments last weekend and you can’t afford to do that at this level.”

The Black Ferns team to face France at the Stade Pierre-Fabre, Castres: