Auckland boundary to open on December 15 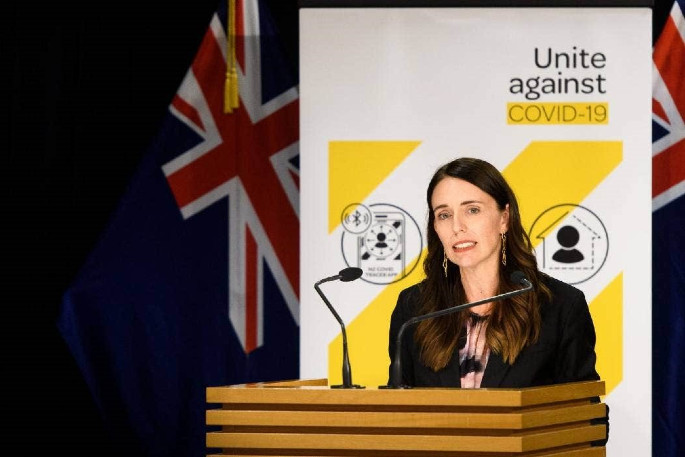 All of New Zealand is expected to move into the traffic light system soon after 29 November, with the Auckland boundary opening up to vaccinated or tested people from December 15.

Prime Minister Jacinda Ardern has made the announcement at today's Covid-19 media conference, where she is joined by Covid-19 Response Minister Chris Hipkins and Director-General of Health Ashley Bloomfield.

The Prime Minister says Cabinet would confirm the planned switch to the Covid-19 Protection Framework for the entire country, with Auckland in 'Red' along with regions that have lower vaccination rates, and the rest in 'Orange'.

She says changes to Auckland's boundary would allow people to leave the region for any reason, beginning from December 15, through until January 17 as long as they had a vaccine pass or a negative test within 72 hours before departure.

Ardern says vaccination or testing requirements do not apply to children under 12.

Those breaking the rules would face a $1000 fine, with police enforcing the rules and managing borders with spot checks, and working together with iwi on the northern border into Northland.

"We now have the unique advantage of moving to the next phase of managing Covid-19 with a highly vaccinated population, and with a plan," Ardern says.

"Aucklanders have faced restrictions for an extended period of time to keep the rest of New Zealand safe. But the time is coming to change the way it works to allow all New Zealanders to reconnect with one another over summer as safely as possible."

"This is a significant shift for New Zealanders, but we have a plan and you can build your own one too. Get your Vaccine Pass ready and continue to follow public health guidance."

She says the new system recognises disparities in vaccination rates and risk of the virus to vulnerable communities.

Ardern says Cabinet would make more decisions about the shift to the traffic light framework, including on testing, contact tracing, care in the community and social supports for those who contracted Covid-19.

"With fewer people needing hospital treatment because of vaccination, it's important that the model of case identification and community care is robust to ensure everyone is well looked after and we reduce the risk of onward spread," she says.

Ardern says the traffic light system was safer than alert levels, and recognises the risk to vulnerable communities.

"Our job isn't done until everyone has had that opportunity to be vaccinated."

Checks for travellers out of Auckland Airport would be done at check-in, with Air New Zealand's vaccine certificate or test requirements also kicking in before 15 December.

Interislander ferries will also also be able to require proof of vaccination or a pre-departure test, which adds to protections for the South Island.

"Vaccination or testing requirement for Air New Zealand, combined with the ability for the Interislander to operate the same regime, will mean all entry points for the South Island will be well covered with checks to try and slow any potential spread.”

Ardern says Cabinet will make more decisions about the shift to the traffic light framework, including on testing, contact tracing, care in the community and social supports for those who contracted Covid-19.

"We will also release detailed individual sector guidance for the new traffic light system. This has been worked through in detail over the course of many weeks, in consultation with different sectors."

She says it had been two years of constant change caused by Covid-19, and while this may be one of the toughest periods to date, "we've had a plan and it has carried us through".

She says the reason for the delay in switching to the traffic light system is because although it offered greater protections, that relied on vaccines and the ability to use vaccination passes.

Hipkins says decisions about changes to the international border have not been made at this point, but such changes would mean cumulative risk.

"Changes that we make at the border could significantly increase the number of people travelling across the border and even if the positivity ratio stays about the same – so even if we're getting even 10 cases per thousand – if we're having five or six thousand people per day coming into the country that's another 50 or 60 cases potentially coming into the country so we have to make sure that we're ready for that.

Ardern says the next phase in the international border is releasing in the near future the dates when people could safely apply for self-isolation.

Earlier this morning, the system that allows fully vaccinated people to request their vaccine pass or certificate went live.

Ardern says ticketed events have thought about how to integrate the process into ticketing, and "we have not applied the requirement for retail, because we've taken into account the idea of for instance a sole operator trying to check a vaccine certificate and serve customers being very difficult, and it's a lower risk environment".

"more protections" means more restrictions. Over the top and not necessary.