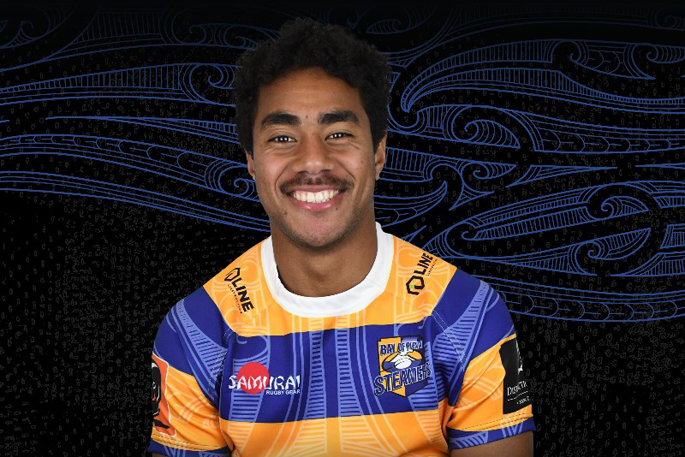 Emoni Narawa made his provincial debut for the Steamers at the age of 19. File photo/SunLive.

The Chiefs Rugby Club today have announced 22-year-old Emoni Narawa has signed for the Gallagher Chiefs for the upcoming 2022 Super Rugby Pacific season.

Emoni was born in Fiji and schooled at Hamilton Boys High on scholarship before heading to the Bay of Plenty.

The former Chiefs under 18s talent made his provincial debut for the Steamers at the age of 19 under Clayton McMillan.

He was then picked up by the Blues in 2020 and debuted the same year. Since his debut he has seven Super Rugby caps to his name.

Emoni says he was excited to join the Chiefs.

“I am really excited, coming into a new environment. Hopefully I can come in and put on the jersey and put my best foot forward.”

Shifting from the Blues to the Chiefs Emoni says he was looking forward to being immersed in the culture of the club and reconnecting with Clayton.

“The culture at the Gallagher Chiefs has a pretty good reputation, so I am looking forward to that.”

“I have worked with Clayton at the Bay and I love his style of footy and I am excited about working with him,” says Emoni.

“Emoni is an exciting utility back who has been a key contributor for Bay of Plenty over the past couple of seasons. He is blessed with an array of skills, and we believe our environment will give Emoni the confidence and freedom to showcase his talent.

“Above all he is a good young man who is highly motivated to contribute and take his game to another level.”

Chiefs Rugby Club CEO says Emoni is a talented prospect for the Chiefs.

“Emoni is a talented young man, with plenty of potential. He has performed well for Bay of Plenty over the last couple of seasons and we are looking forward to seeing him develop in the Chiefs environment.”

Following the announcement of the 2022 Super Rugby Pacific Draw earlier this week, the Chiefs Squad is scheduled to be announced Monday 22 November 2022.

Chiefs Memberships are on sale now at chiefs.co.nz.