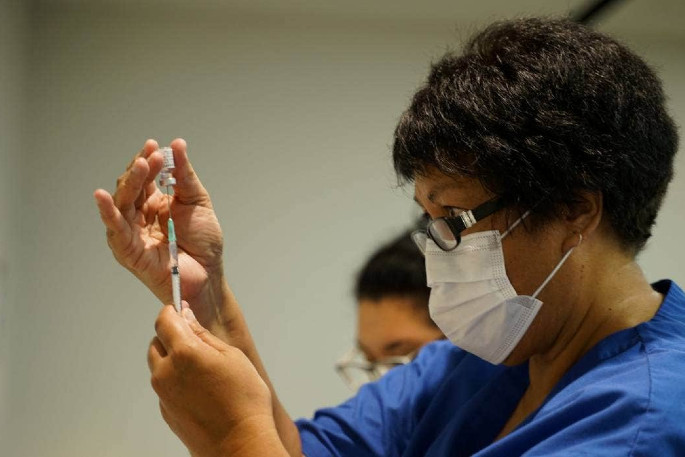 About 2000 district health board workers had not been vaccinated 15 hours before the deadline to lose their jobs.

Meanwhile, school and early childhood staff who turn up to work this morning without having had at least one dose of Covid-19 vaccine will be sent home.

From today, no one can work in healthcare or education unless they have had at least one dose of the Covid-19 vaccine or are exempt from the government mandate.

They had a last minute meeting with the DHB yesterday, one of a series over the past few weeks.

"People have been given the opportunity to think about it, respond, have some time, offered more information," he says.

Even though they could not work from today, they would have one more meeting this week, a chance to change their minds before their contracts were terminated, he said.

Other DHBs also met with workers yesterday, with most offering the chance for last minute vaccinations.

It was still unclear how many people have made the same choice as the Waikato orderlies.

A spokesperson representing all district health boards said at 9am yesterday they estimated there were about two percent or three percent of their 80,000 staff nationally who were unvaccinated - between 1600 and 2400 people.

But it would be a few days before they knew the final number.

That estimate did not count the tens of thousands of contractors who worked at hospitals, doing jobs like carpentry, food preparation or patient transport.

The College of GPs medical director Bryan Betty says it was also trying to get a gauge on how many of the country's 5000 GPs were not vaccinated.

He knew of about 20 but also of nurses and receptionists who would lose their jobs.

Nurse and midwife organisations were also waiting on DHB figures to find out how their professions were impacted.

It is unclear exactly how many education workers have decided to refuse the vaccine, but the government says none of the 11 schools which indicated they faced serious staffing problems would have to close because of the mandate.

Some primary school principals have been receiving sick leave applications from unvaccinated teachers wanting leave from today until the end of the year.