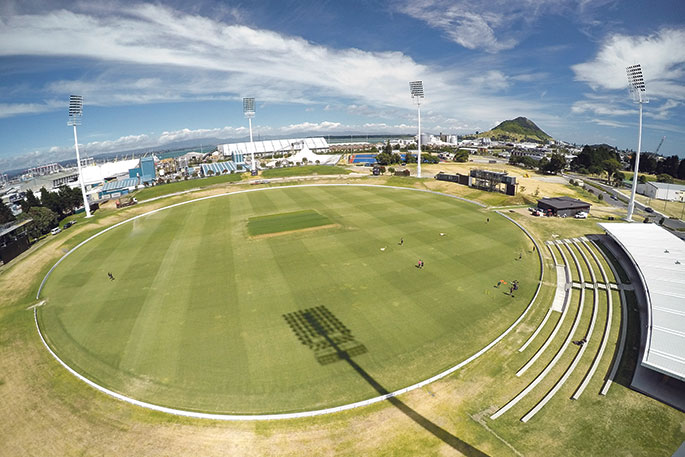 First-class cricket has returned to Mount Maunganui in some style with bowlers having a field day at the Bay Oval.

Northern Districts have finally got their Plunket Shield campaign underway after Covid-19 related delays and did not miss their Blackcaps bowlers in a day where the batsman struggled at the crease.

Plunket Shield leaders Canterbury will head into Day Two of the last pre-Christmas round of the national championship on the back foot after a hectic opening day at Bay Oval saw 19 wickets fall in one day.

Our bowlers were on fine form today!

After having been asked to bowl, Canterbury restricted host Northern Districts to a modest 187, with dangerous ND captain and number four batsman Joe Carter left unbeaten on 74* as his team collapsed around him during their first innings of the season.

However, by stumps Canterbury had suffered a similar fate - and still trailed their hosts by 109 runs overnight and with just one wicket remaining after 30.3 overs of calamity despite the likes of ND bowlers Trent Boult, Neil Wagner and Tim Southee being on international duty with the Blackcaps.

ND and Canterbury have both taken the full set of four first-innings bowling points from the fast-paced exchange, but Canterbury will need a distant 118 runs by the 111th over tomorrow without losing a wicket if they are to pocket any batting bonus, let alone wrest some advantage.

The second day of action gets underway this morning with ND hoping to remove Canterbury’s remaining wicket and stretch out an advantage with the bat.