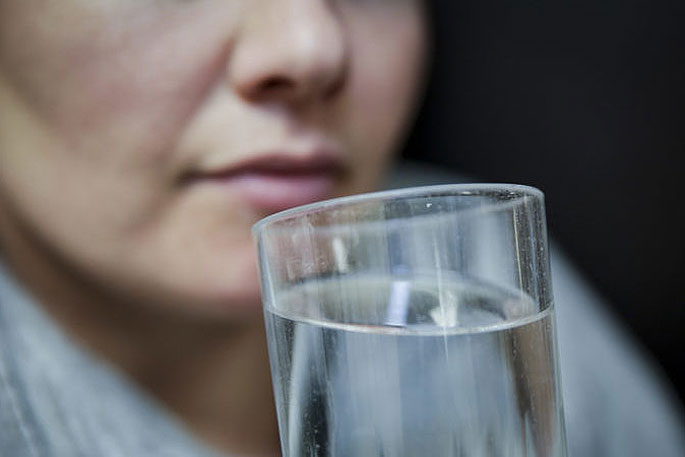 From today, Taumata Arowai begins its role and powers as the new independent water services regulator for New Zealand, replacing the previous responsibilities of the Ministry of Health, under the Water Services Act 2021.

"Everybody in Aotearoa should be able to get drinking water from the tap knowing that it is safe," she says.

"We should also be able to swim or gather mahinga kai in our rivers, lakes or at the beach without fear of becoming sick. We have an obligation to ensure this for current and future generations.”

The establishment of Taumata Arowai as the drinking water regulator represents a major transformational advance for the health and wellbeing of all New Zealanders."

This includes taking enforcement action when a drinking water supplier fails to meet its duties, particularly where drinking water poses a serious risk to public health.

“Everyone in Aotearoa should have reliable access to safe drinking water every day – no matter where they live. This is not the case currently,” says Dame Karen.

Taumata Arowai was established following the inquiry into a 2016 outbreak of waterborne disease in Havelock North’s drinking water supply. It is the first key pou, or pillar, of the Government’s Three Waters Reform Programme.

“The Government’s Havelock North Inquiry and subsequent Three Waters Reform Programme has turned the spotlight on the quality and delivery of drinking water, stormwater, and wastewater services. The sector has asked for the creation of a three waters regulator, and it has come in the form of Taumata Arowai,” says Dame Karen.

Consumption of contaminated drinking water in Havelock North resulted in up to 8,320 campylobacteriosis illnesses. Of these, 953 cases were physician-reported, 42 were hospitalised, three people developed Guillain-Barrè syndrome, and four people died.

“Our tamariki, elderly, pregnant women, and people with chronic illness are particularly vulnerable.”

Taumata Arowai is governed by its Board, established under the Taumata Arowai–the Water Services Regulator Act 2020. The Board was appointed on February 17 2021 by the Minister of Local Government and is chaired by Dame Karen Poutasi.

The Māori Advisory Group was appointed by the Acting Minister of Local Government on May 20 2021 and is chaired by Tipa Mahuta. Established under the Taumata Arowai–the Water Services Regulator Act 2020 the Māori Advisory Group advises on Māori interests and knowledge as they relate to the objectives, functions, and operating principles of Taumata Arowai and the Board’s collective duties.

Chair Tipa Mahuta says that the Māori Advisory Group is pleased to be able to support the Board and Taumata Arowai to build its understanding and knowledge of how to uphold its responsibilities with regards to Te Mana o te Wai.

“Embarking on this journey together as a new regulator means that we can forge a new way of approaching and incorporating Te Mana o Te Wai into the fabric of the organisation,” says Mahuta.

Taumata Arowai Chief Executive Bill Bayfield, says Taumata Arowai had a big job in front of it, so it was essential that the new regulator worked closely with the water sector to lift performance.

Bayfield says that the new drinking water regulator will take a phased approach, with focus in the first year on those suppliers currently registered with the Ministry of Health.

“This means that Taumata Arowai deals first with the registration and regulation of the country’s most complex water supply arrangements and those supplies that represent the greatest risk. Most of these are currently managed by local bodies.

“Due to the population size local government suppliers serve, there are more rigorous rules, standards, monitoring, and reporting requirements they will have to meet.

“Because smaller suppliers serve a smaller population (less than 500 people) and are less complex, there are mechanisms built into the legislation to provide a pragmatic approach to managing their risks. One of these mechanisms is called Acceptable Solutions.

“Applying an Acceptable Solution is a way for small suppliers to ensure they are providing safe drinking water in a practical and cost-effective way” Mr Bayfield said that small suppliers could include a community water scheme, a farm providing water to several households, a marae, community hall, rural school or holiday homes sharing the same water supply.

“During the initial years, we will provide information and guidance to smaller suppliers on what solutions including the Acceptable Solutions could look like for the diverse types of water supply arrangements that exist. We will seek input into the development of that guidance and Acceptable Solutions through reference groups and open consultation.

“The door will also be open to the development of new Acceptable Solutions over time, so that modern technology and approaches to supplying safe drinking water can be accommodated,” says Bayfield.

Under the new legislation, non-registered suppliers will have up to four years to register their supply (November 2025), and up to seven years to comply with the new standards and rules (November 2028).

“This is a major change from the Water Services Bill as first drafted and recognises submissions made by many parties. By listening to suppliers, this timeframe will allow us to work collaboratively and find practical solutions together.

“We are going to approach this in a pragmatic way based on the scale, complexity, and risk of different water supplies. It is important though, to remember that as the regulator, we will be expected to hold suppliers accountable when they fail to meet their legal duties to their communities,” says Bayfield.

The establishment of Taumata Arowai as an independent regulator for drinking water and new legislation in the form of the Water Services Act 2021 (replacing Part 2A of the Health Act 1956) are integral parts of the Government’s Three Waters Reform Programme.

The Havelock North outbreak was not an isolated incident. In 2007, research conducted for the Ministry of Health estimated the overall burden of sporadic or underlying drinking water-borne gastrointestinal disease in people at 18,000 to 34,000 cases per year.

The number of notified cases understate the real rates of illness. This is because some people are infected but asymptomatic, some ill people do not visit a doctor, some doctors do not report a suspected case, some doctors do not request a faecal specimen, some people do not provide a requested faecal specimen, and many potential waterborne illnesses are not notifiable.

The Ministry of Health’s recent Annual Report on Drinking Water Quality 2019-2020 shows 76 boil water notices on supplies serving more than 100 people (26 permanent and 50 temporary) during the reporting period. This report only includes registered supplies serving more than 100 people, so total numbers of supplies where boiling water is necessary to prevent illness are likely to be higher.

Chair of the Maori Advisory Group. Any relation to the esteemed Minister for Local Government?

Tribalism.... Another Mahuta named in a prominent position and no doubt there will be other well known names appointed.

this is just the start . water will be controlled by a minority group