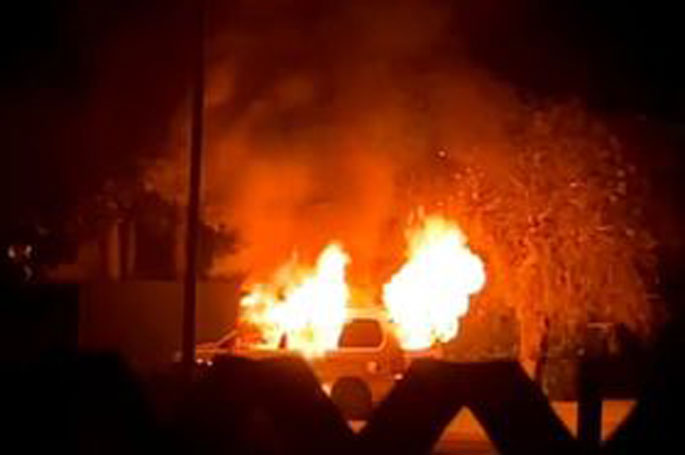 The car on fire in Papamoa last night. Supplied photo.

People in Papamoa were forced to evacuate from their homes as emergency services dealt with a car fire in the area.

A police spokesperson says emergency services were called about a car on fire at a property on Lyn Grove in Papamoa Beach, at 8.40pm.

A witness to the incident says it may have been a domestic incident.

The car was engulfed in flames when emergency services arrived on the scene.

“Some people were asked to leave their homes while the fire was dealt with,” says a resident in the area.

Police say the fire was extinguished by 8.55pm.

“No further action by police was required.”