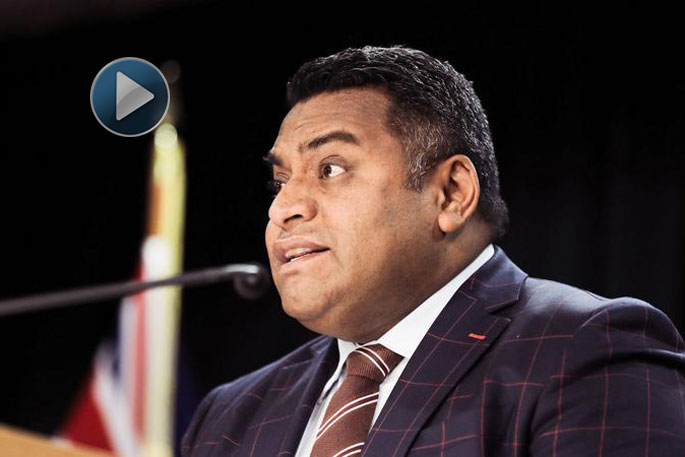 The law was introduced by the National-led government in 2010.

Justice Minister Kris Faafoi has labelled the law an anomaly in the justice system that has led to "absurd” outcomes.

“In one case, for example, a person was sentenced to 10 years imprisonment for an offence for which the sentencing judge indicated that they would, ordinarily, have imposed 18 months in prison.

“We have even seen the situation, recently, where the Supreme Court had to intervene in the case of an individual with long-standing and serious mental illness to correct what the Court said was so disproportionately severe that it breached the Bill of Rights.”

In a statement released today, Faafoi says those who backed the law argued it would improve public safety, but this has not been the case.

“Other jurisdictions have also repealed their own versions of three strike provisions, including the Northern Territory, and California repealed aspects of its three strikes law in 2012.

“Before the three strikes law was introduced here there were numerous examples of judges imposing lengthy periods of imprisonment, or other severe penalties, in response to offending.

“One person convicted of the 2001 RSA murders in Auckland received a life sentence, without possibility of parole for 30 years.”

Faafoi says other sentencing options and orders exist in New Zealand law already which provide judges the tools to impose the same restrictions as provided by the three strikes law in appropriate cases, such as:

-minimum periods of imprisonment, and

He says they will also be able to take a range of relevant factors into account and tailor the penalty to fit the crime.

The three strikes law was put in place by the Sentencing and Parole Reform Act 2010.

The law requires judges to hand out particular sentences without allowing them to consider the seriousness of the offending or other circumstances surrounding the offending and the offender.

Cabinet has agreed that the Three Strikes Legislation Repeal Bill, as introduced, will see people who are already sentenced under the three strikes regime serve their sentence as originally imposed. But Cabinet has agreed to invite select committee to consider whether (and, if so, how) the bill should include provisions for those who have already been sentenced under three strikes.

“This will give the public, opposition politicians and other interested parties the opportunity to make submissions on this and other issues, and I strongly encourage people to have their say on this important piece of legislation,” says Faafoi.

Further information is available on the Ministry of Justice website here: https://www.justice.govt.nz/justice-sector-policy/key-initiatives/repeal-of-the-three-strikes-law

Leave it in place for the unvaccinated. Get out of jail cards for the vaccinated.

3 strikes has only been enacted on a dozen or so low life crims. And who cares if a sentence seemed harsh. That’s the idea. To punish repeat offenders more severely because they have shown that they do not learn. So now these lefties have done debating tie wearing they are going to debate a law that’s only been used a dozen times. Still, keeps Kris interested between free lunches.

Govt out of control

Is that what we have a govt that does not protect the people. Well unless you not wearing a mask or attending a freedom protest, then your a target.

This is a joke right?!

Have they forgotten that these muppets are criminals?! These individuals must be removed from society if they have gotten to this point. This is one of many essential tools that the judges can use to make this possible, why remove this option and get even softer on crime.

For anyone to be in front of the courts three times displays them to be antisocial at the lower end of the scale and a threat to the community at the other end. Prison officers will identify that the threat of a second or subsequent serious case being before the courts and the resulting strike being lodged against their name causes some to consider the consequences of their actions.

Already police observe law breakers . Police must be demoralised with the soft on crime touchy feely approach. This government has earned my three strikes and they are out already. Three waters, rundown health system although near two years of knowing the pandemic was coming. Squandered the time bought at huge costs to businesses and people with poor slow supply of vaccine, demonstrably months delayed from inaction. Self proclaimed World leading nonsense. Ute levy , and fuel levies, not a tax yeah right. Twenty dollars next April for benefits to lift children out of poverty nonsense again. In fact fail on housing, fail on child poverty, child harm, mental health etc. Still money for bike lanes , Billions for climate change that we know won’t stop anyway. Three strikes and more to vote them out