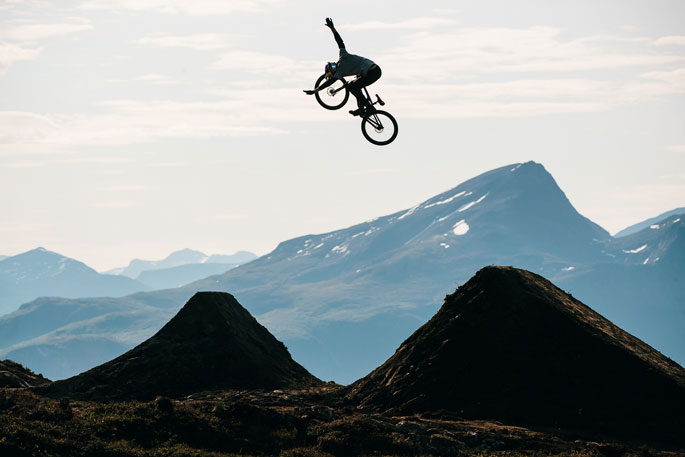 THE OLD WORLD is the first dedicated European bike movie bridging the gap between mountain biking and BMX, but also between action sports movie and feature film.

Shot in a dedicated way, Brett says each segment portrays a certain discipline, mindset and landscape to show the diversity of Europe’s riding culture and landscapes, capturing the essence of European biking.

Four years in the making, and nominated for three Sport Emmys, THE OLD WORLD was produced using the highest filmmaking standards in order to bring to the screen a premium sports movie.

From the remote fjords in Norway to the Scottish Highlands, rough alpine mountains and metropoles like Paris were all visited by the team as they travelled for two years to capture the rich European riding landscape and its biking stars.

“It’s like a “who’s who” of the European bike scene featuring in the film Chris Akrigg, Martin Söderström, Emil Johansson, Rachel Atherton, Diego Caverzasi, Matthias Dandois, Nico Vink, and Nico Scholze to name some of the athletes on the BIG screen,” says Brett.

In a unique way, THE OLD WORLD portrays the various disciplines biking has to offer while telling the story of imagination and passion; something every rider, sports fan and dreamer can relate to.

THE OLD WORLD will be screened in Tauranga at the Rialto Cinemas Tauranga on Tuesday, November 30, 6pm.

For more information and to buy tickets visit www.bigbikefilmnight.nz