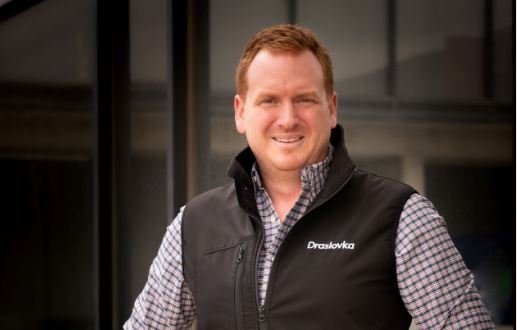 While the journey has been long and somewhat tortuous, an advocate for alternative fumigation of New Zealand’s export logs has welcomed a reassessed “road map” on the future use of methyl bromide.

The Decision-Making Committee of the Environmental Protection Authority recently announced what it calls a “comprehensive suite” of new rules for the toxic and ozone-depleting substance.

Kade McConville, group director of Melbourne-based Draslovka Services Group, says the outcomes of the EPA reassessment “are now based on science over grandfather rights, and have categorically changed the landscape of fumigation in New Zealand”.

Draslovka is seeking to have ethanedinitrile, a “non ozone-depleter” developed by the company in the Czech Republic, registered with the EPA in New Zealand.

Kade says he sees the EPA reassessment of methyl bromide as “justice for the environment and the communities which this substance has affected for decades”.

“It provides a clear and structured pathway for industry to reduce the amount of methyl bromide emitted,” says Dr Hill.

Ship-hold fumigation will be banned from January 1, 2023.

He says ”stepped increases” will apply to the recapture of methyl bromide from containers and covered log stacks, starting from January 1, 2022.

Revoking the approval for methyl bromide (banning it outright) was “not in the scope” of this reassessment, but Dr Hill says the decision provides for far more stringent controls on its use.

Kade McConville says the new rules will make it “increasingly difficult” to commercially use methyl bromide in New Zealand for the treatment of timber and logs for export.

The most prominent of these changes is around buffer zone requirements – which are tied to recapture efficiencies - and subsequently air emissions, he says.

“Any technically/chemically astute individual can tell you that fumigant recapture in a fumigation scenario is merely smoke and mirrors.”

The forestry industry had been given a 10-year deadline to stop using methyl bromide, but this expired last October and has since been subject to a number of extensions.

Dr Hill says while methyl bromide use is being phased out globally, in New Zealand its use increased by 66 per cent between 2010 and 2019,” he says.

“We are currently out of step with most other countries which are turning away from this ozone-depleting substance.

"However, the combined controls imposed by this decision will result in methyl bromide emissions being reduced significantly over the next five years. The aim is also to disincentivise the use of this fumigant.

"While the EPA would like to see methyl bromide use phased out as soon as possible, we acknowledge that this is the only biosecurity treatment that some key overseas markets are prepared to accept," says Dr Hill.

Meanwhile, Kade McConville believes an EPA decision on the Draslovka registration of EDN may not come until the end of the year.

Following public consultation on a science memo and EPA staff report, he expects the Decision-Making Committee to call another public hearing on the matter which is being dealt with separately from the methyl bromide assessment.

Kade says the EDN application has been before the EPA for nearly four years, with Draslovka having spent $5 million in the registration process.

The EPA staff report and science memo concluded that the risks of EDN to people and the environment are “considered negligible” with proposed controls and requirements from the EPA and WorkSafe in place.

Kade says the “challenge” is to gain acceptance of the alternative treatment from New Zealand’s forestry trading partners, chiefly India and China.

At present India only accepts logs from overseas treated with methyl bromide.

Kade says logs treated with EDN are exported to China from the Czech Republic.

The Ministry for Primary Industries says New Zealand exported $3.81 billion of logs in 2019.

About 22 per cent of these (nearly $840 million) were treated with ethyl bromide for export.

Fumigation of logs for export constitutes the bulk (92 per cent) of New Zealand’s methyl bromide use.

De-barking provides a non-chemical alternative, but Kade McConville says there is not sufficient capacity in New Zealand to pursue this option.

Under the provisions of these agreements, signatory nations have since 2005 either banned or severely restricted the use of methyl bromide.

Kade says this country risks becoming the “laughing stock” of these agreements through its handling of the forestry fumigation issue.

“In the end something needs to change,” he says. “You can’t put it off.”