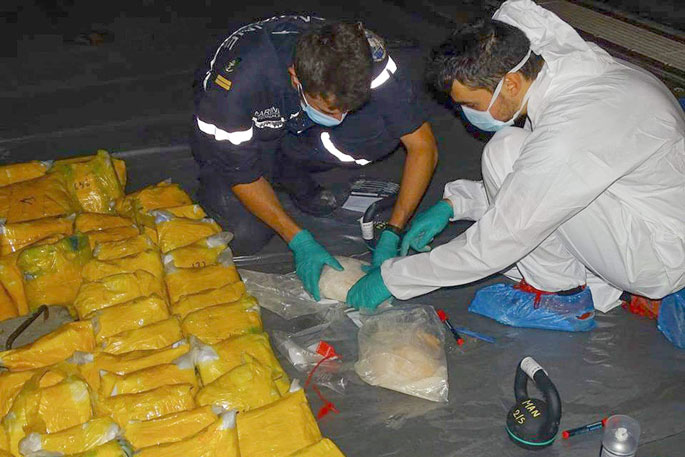 A Royal New Zealand Navy-led Combined Task Force has achieved another successful counter-narcotics operation, with the seizure of illicit drugs that would otherwise have been sold to fund terrorist and criminal organisations.

RNZN Captain Brendon Clark, who is commanding the Combined Task Force 150 (CTF150) based in Bahrain, says a French Navy ship working as part of CTF150 had seized 378kg of heroin from a vessel in the Arabian Sea.

This seizure followed two counter-narcotics operations in September by another French Navy ship working as part of the task force.

“Her dedication has been rewarded with a high-value seizure of 378kg of heroin worth more than $US4 million from a vessel in the Arabian Sea.

“This latest seizure is another great example of collaboration across the like-minded partner nations working together to disrupt terrorist and criminal organisations.”

Prices for illicit drugs vary throughout the world. The prices tend to increase significantly once they hit the streets at their final destination.

One intercept resulted in more than 1525kg of hash and 166kg of methamphetamine with a combined value of more than $US5.2m being seized.

Seven days later, the frigate intercepted another vessel, resulting in the confiscation of 3600kg of hash, valued at $US1.8m.

CTF150 is one of three task forces of the Combined Maritime Forces. Its mission is to disrupt criminal and terrorist organisations and their illicit activities, including the movement of people, weapons, narcotics and charcoal.

The New Zealand-led multinational team will command and staff CTF 150 until early 2022.