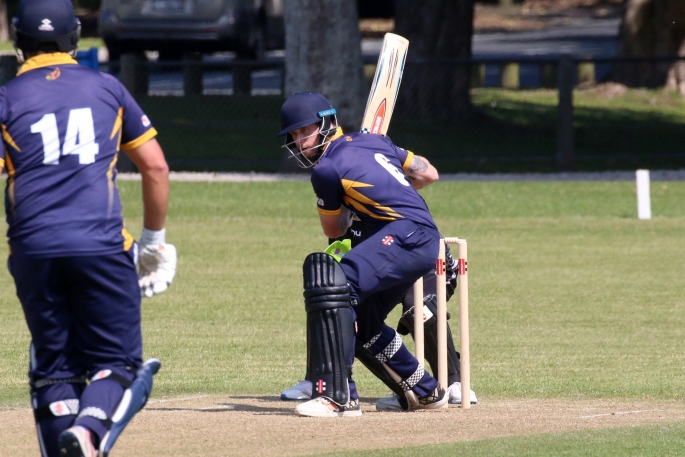 Bay of Plenty-based Northern Districts captain Joe Carter can’t wait to get the association’s Plunket Shield campaign underway next week after a truncated start to the season.

Covid-19 lockdowns have delayed ND’s entry into the 2021/22 Plunket Shield first-class championship, but they get their first taste of action next week at Mount Maunganui’s Bay Oval, with a warm-up this week against a Central Districts XI in Hastings to shake off the cobwebs.

With Hamilton-based players still stuck behind Alert Level boundaries, ND has sat out the first month of the Plunket Shield.

Meanwhile Canterbury, the Otago Volts, Central Stags and Wellington Firebirds have all tucked three matches under their championship belt.

Covid-19 has thrown plenty of curveballs at the New Zealand cricket season already and Carter is grateful to be in a position to host the upcoming Shield clash at his home ground in Mount Maunganui starting on Monday, November 14.

It will be a tough first-up clash with the defending champions and early leaders Canterbury and ND is likely to be without valuable players as lockdowns continue in Auckland and central Waikato.

“We’ve had a total of eight players under level three or four at various stages,” explains Carter, who was New Zealand’s top Plunket Shield batsman last summer with 590 runs at a 53.63 average, including two centuries.

“Henry Cooper, for instance, he was stuck in Auckland for some time. He had a rental agreement to move down to Hamilton, then Hamilton went into lockdown as well, so he had to wait to sort out a move and was doing it pretty tough on his own for a while, away from the squad.

“Bharat Popli had fortunately already moved down from Auckland, and us Tauranga boys have had a really good preseason, starting early on the covered grass marquee at Bay Oval and then outside on grass.

“We’ve had our Blackcaps Neil Wagner and Colin de Grandhomme at home at the Mount as well, so training with the group. We’ve had guys like BJ Watling coming in helping us as well. Our prep has been really awesome, which is why I feel so bad for the guys doing it tough on their own.”

“The struggle is there are so many different scenarios,” he explains.

“All we have been able to do is just train and be ready.

"Even for our Hamilton boys, they are ready to go, and are just craving that game-time after training by themselves for so long.”

Carter’s looking on the bright side as he looks ahead to a season that will hopefully see his team play rescheduled matches at the back end of the championship to catch up with other teams.

“There are good opportunities at present for some younger guys to be involved,” says Carter.

“It's a great chance for them to learn and show what they can do.

"But I feel bad for the other guys who still can’t join us while we’re operating pretty much as normal. We will just have to make the most of it, for them.”