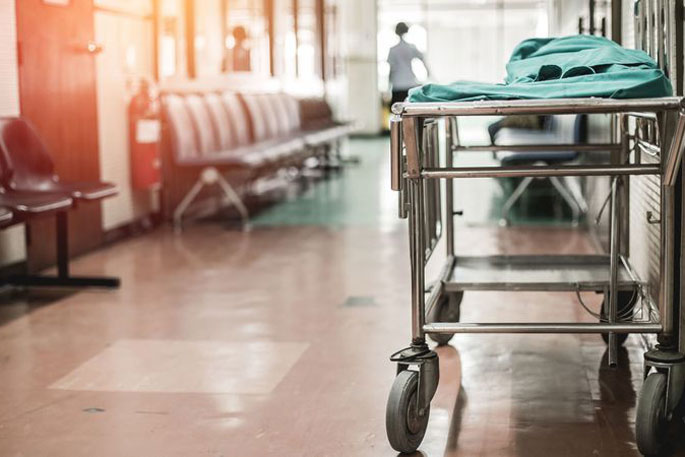 Refrigerated containers are being hired, bought, and scoped out to store Covid-19 bodies across the country.

Not all district health boards have morgues and many that do are wary the virus may overwhelm capacity.

The Ministry of Health's influenza pandemic plan written in 2017 warned mass fatalities could overrun services storing and disposing of bodies.

It suggested bringing in refrigerated containers to stop them decomposing.

But the plan says "care should be taken to avoid thawing and re-freezing remains".

RNZ asked every DHB in the country about their morgue capacities.

West Coast and Bay of Plenty DHBs do not have morgues - instead, they rely on storage at funeral businesses.

Bay of Plenty DHB bought and blessed two refrigerated containers last year to prepare for Covid-19 fatalities - one is at Whakatāne Hospital and the other in Tauranga.

And Waikato DHB brought three containers to Waikato Hospital last year to store up to 54 bodies.

The West Coast, Hawke's Bay, South Canterbury, and Southern dhbs have also planned to take on containers if required in uncontrolled outbreaks.

But overall University of Auckland epidemiology professor Rod Jackson does not think our morgues are ready for waves of Covid deaths.

"Nothing in New Zealand is prepared for an outbreak of Covid, a major outbreak.

"It doesn't matter whether you're talking about the morgues, hospitals, [or] primary care," he says.

He expects mass fatalities would overwhelm all of these services.

IRS sales manager Glenn White has provided plug-in, chilled containers - worth more than $10,000 each - to five DHBs and funeral homes during the pandemic.

"They bought them. We couldn't reuse them if they'd had bodies inside, we couldn't wash them down and put somebody's food inside."

Kiwibox has also provided a refrigerated container to a hospital for Covid-19 body storage.

Co-owner Greg Flynn was approached last week, to send another, to a Pacific nation.

"They couldn't find any stock in Auckland - we're only South Island-based - so they rang around a bit. So they're obviously thinking about it over there in case they ever get overloaded with Covid deaths."

Co-owner Russell Griffiths says these are "fit out with racking and shelving for body storage".

He says there has been increasing demand for "body bags and stainless steel trays" through the Delta outbreak, not only from DHBs, but also from funeral homes, the New Zealand Defence Force and New Zealand Police.

Thirty-one people have died from Covid-19 in Aotearoa so far.

Te Pūnaha Matatini modelling published in September (and yet to be peer-reviewed) suggested more than 1550 people could still die from Covid-19 per year in Aotearoa, if 90 per cent of the population aged 12 and above are vaccinated.

But that estimate reduces to just 50 annual deaths if 90 per cent of the population aged 5 and above are vaccinated.

Look down go down

Maybe the weirdest decision we have had lately

I think you’re right . . . I hope you’re right. It’s definitely going to get bad but dunno about massive death rate. I sure hope not.

Wow, talk about ramping up the fear factor to boost the vac rate?!

More computer modelling...? It’s worrying that people with a deficit in forward planning are in a position to manage and run a district health board. Maybe start with a warm bath and gain some learnings "moving forward"...