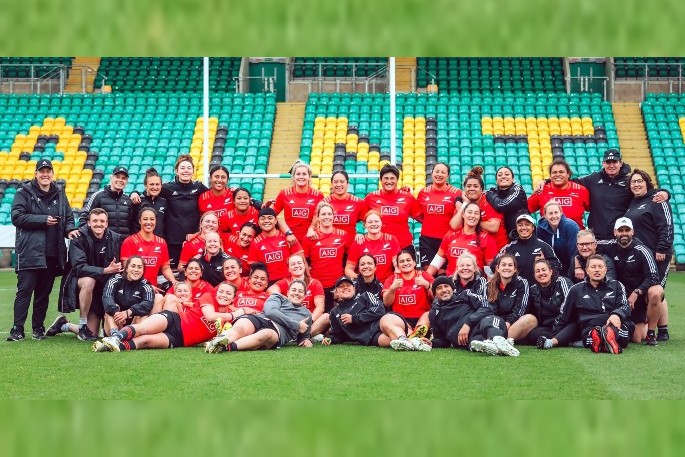 It's game day for New Zealand's Black Ferns, taking on England with kick-off at 3.45am Monday morning. Photo: Black Ferns.

The Black Ferns team will be facing England in the second of two Tests, at Franklin’s Gardens in Northampton early Monday morning NZ time.

Head Coach Glenn Moore has made six changes to the starting line-up and promoted three debutants, with Cheyelle Robins-Reti making her Test debut in the fullback jersey and Amy Rule and Maia Roos in line for their first cap off the bench.

Portia Woodman will play her first Test since the 2017 Rugby World Cup Final. Since that time she has won a World Cup Sevens, Commonwealth Games and Olympic gold medals with the Black Ferns Sevens and returned from a long injury lay off which saw her miss almost 18 months of rugby. After last week’s result, Glenn says there had been a notable shift in intensity this week. “We were rusty. We were put under the pump at the line out and that limited the platform we had to work off, so a lot of effort has gone into that this week. Also, the breakdown is an area we usually pride ourselves on and that was rusty too so there has been some honest conversations around how we need to improve,” says Glenn. Olympic gold medallist Portia Woodman makes her return for the Black Ferns on the wing alongside one of last week’s stand out performers Ayesha Leti-I’iga. “We took a cautious approach with Portia last week, this week she comes into the starting backline. Alongside Ayesha who as outstanding on Sunday and Chey who has a massive work rate and good support play, we’ll be looking to get the ball to them.” Grace Houpapa-Barrett is promoted off the bench after a strong showing in her debut last weekend, while Grace Brooker earns her first start, joining Stacey Fluhler in the midfield. Wellington’s Joanah Ngan-Woo is brought into the starting line up and pairs with Kelsie Wills at lock, while 25-Test veteran Carla Hohepa come onto the bench. Liana Mikaele-Tu’u is also brought into start at number 8 for the injured Dhys Faleafaga. “Liana is a talented athlete, she is strong and a powerful ball runner so we want to get her into the game.” 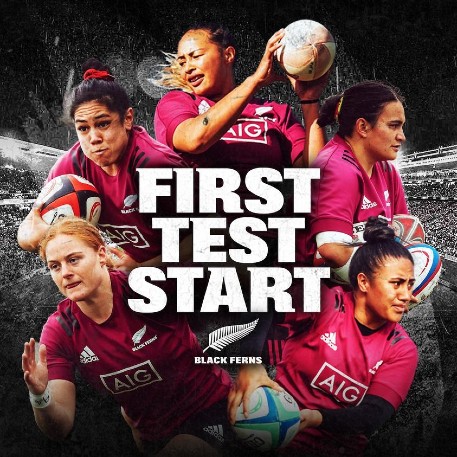