Canterbury takes the win over Bay of Plenty 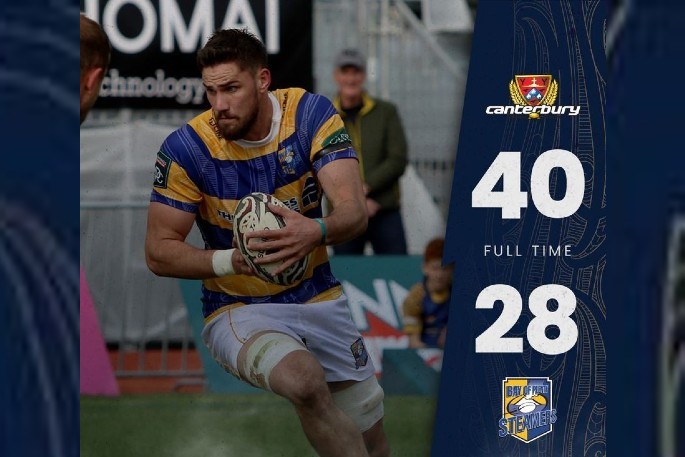 Canterbury won 40-28 against Bay of Plenty on Saturday, securing their place in the NPC semifinals. Image: BOP Rugby.

Canterbury won over Bay of Plenty on Saturday with a final score of 40 to 28 which now puts Canterbury into the National Provincial Rugby semifinals.

With new and young players, three ​​NPC games in eight days, and a deeply-felt loss to the team with the passing of Sean Wanui recently, it was a gusty performance from Bay of Plenty.

The Steamers were stronger in the first half with the lead changing four times, and Canterbury out front with a score of 24-21 at half time.

The first half had been a wildly entertaining encounter with plenty of attractive open rugby, but the second half wasn't quite the same as Canterbury professionally ground out the win. Their pack were immense, with Luke Romano, Hamish Dalzell, and Sam Dickson prominent, while Chay Fihaki, Dallas McLeod and Manasa Mataele showed some slick skills in the backline. For Bay of Plenty, Lucas Cashmore, Manaaki Selby-Rickit and Nikora Broughton were excellent, while as a team they showed tremendous character to scrap and fight to stay in the contest as long as they did.

The semifinal matchup in the Premiership is now set, with Hawke's Bay hosting Tasman, and Waikato hosting Canterbury, although likely at a neutral venue due to the covid-19 restrictions. Bay of Plenty's season comes to an end, with Wellington the other team missing out on the top four.