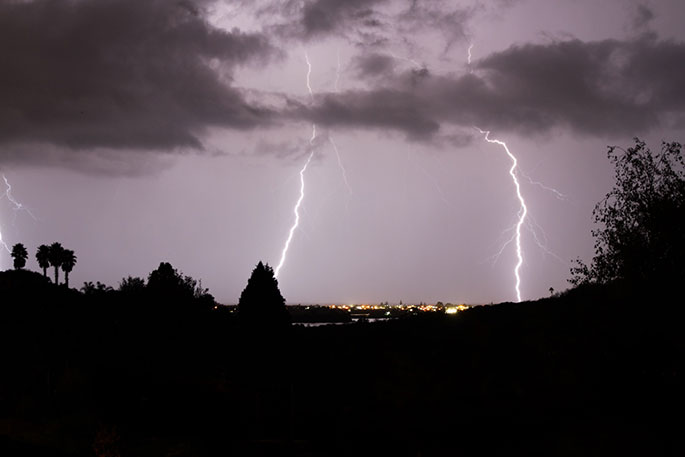 "Unstable conditions this afternoon and early evening are expected to produce scattered thunderstorms across the central and upper North Island," says a MetService spokesperson.

"There is a moderate risk of severe thunderstorms from south of the Manukau Harbour to Taumarunui and across to inland and eastern parts of Bay of Plenty."

MetService advise that these thunderstorms may be slow moving and produce localised downpours of 25 to 40 mm per hour.

For information on preparing for and keeping safe during a storm, see the Civil Defence Get Ready website